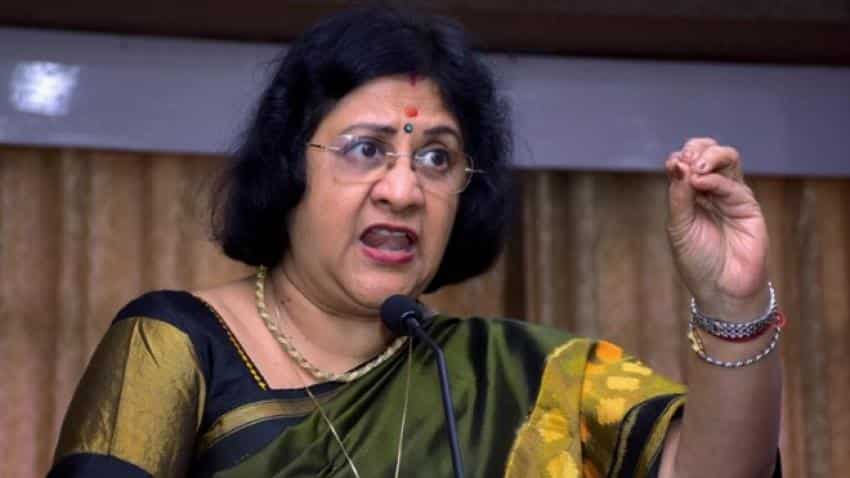 Credit growth will take at least two-three quarters to see a revival, while borrowing cost is not going to come down any time soon, said ex-SBI Chairman Arundhati Bhattacharya in an exclusive interview to Zee Business.

She also said that the bank recapitalisation amount announced last week is adequate.

On Budget 2018, Bhattacharya said that FM Arun Jaitley must focus on the rural economy and also boost the affordable housing.

Here are the key points from the interview:

The governmet has fixed the bank recapitalisation amount only after taking into account the financials and NPA situation of the various banks. According to me, this figure is adequate. We should also remeber, this is just a first tranche of money just to put the weaker banks on track. The government will come up with more as and when needed.

The government must focus on the rural economy in Budget 2018 because demand will trigger from the bottom.

Affordobale housing is something that will help all the sections of the economy, from labour, consutruction, to steel, cement, alumunium and tiles etc. This is good for consumers, industry and economy altogether.

The marginal cost of funds based lending rate (MCLR)  refers to the minimum interest rate of a bank below which it cannot lend, except in some cases allowed by the RBI.

MCLR has been on the rise because inflation is also on a rising trajectory on account of higher petrol and diesel prices. This is why deposit rates need to be revised higher too. That said, borrowing rates will also increase. I see no reason for lending rates to come down in near future.

Investors jolted by sinking Bitcoin, Tesla and other market favorites