In a latest development, IT-major Wipro has appointed Arundhati Bhattacharya on its board of directors. 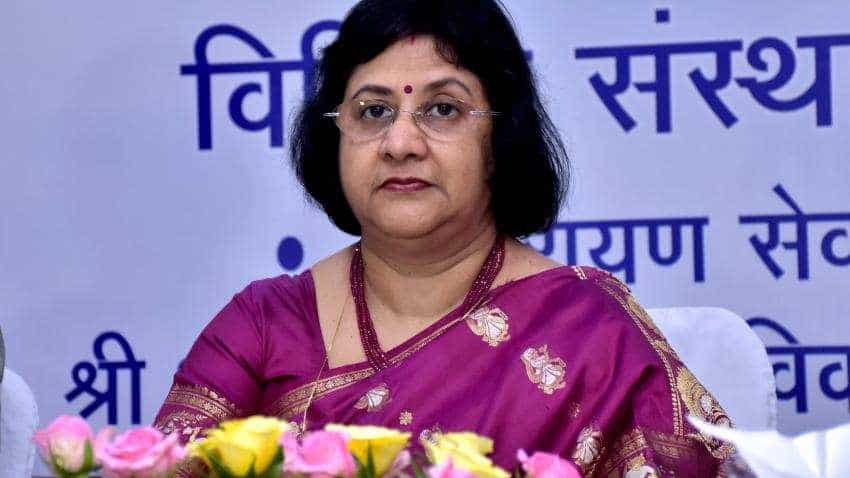 The moment Arundhati Bhattacharya exited from State Bank of India, looks like every other company has lined up at her door seeking to benefit from the ex-SBI chief ’s skills! Bhattacharya has definitely stolen the limelight, post retirement, especially in the midst of a number of happenings that has seen a few private banks CEOs & MDs leaving. In fact, the former SBI chairman is now being offered job after job. In the latest development, the IT-major Wipro has appointed Bhattacharya on their board of directors. This would be the second company where Bhattacharya would be involved, as the largest company in terms of market cap as Mukesh Ambani’s Reliance Industries has also added her to its own board list.

Today, while announcing its Q2FY19 result, Wipro said that, the directors of the company have approved the appointment of  Arundhati Bhattacharya as an Additional Director in the capacity of Independent Director for a term of 5 years with effect from January 1, 2019.

In its press release, Wipro said, “Bhattacharya, who was the first woman chair of State Bank of India, India's largest lender, will serve as an Independent Director and brings with her a deep understanding of all facets of banking including credit, foreign exchange, treasury, retail operations, mergers and acquisitions and the capital and bond markets.”

Bhattacharya is credited with spearheading a range of technological initiatives, shaping the digital transformation of State Bank of India. She is also recognized for reimagining people practices with a special focus on women.

Azim Premji, Chairman, Wipro Limited on the appointment said, "I am confident that her deep repository of knowledge spanning across the financial services sector combined with her understanding of technology and proven expertise in driving operational transformation will immensely benefit Wipro."

Bhattacharya herself said: "I am delighted and privileged to be invited to join the Board of Wipro Ltd., an organization which is globally respected both for its technology leadership and its unflinching commitment to values. I look forward to contributing to the company's growth charter.”

It was just last week, when RIL had announced that Bhattacharya will join their board. RIL is among the few companies who give massive commissions to independent directors.

In fiscal FY18, RIL gave its non-executive directors a minimum of Rs 1.59 crore in remunerations (including sitting fee and commissions) for a full year of directorship.

However, both Wipro and RIL have not revealed the salary of Bhattacharya, but at every financial audit report by end of a fiscal year, we may get an idea of how much she is earning.

These are not the only companies who are interested in Bhattacharya’s skills, there were many reports that suggested she may soon join Piramal Enterprises and ChrysCapital.

Bhattacharya had left her chairmanship at SBI on October 06. SBI was in fact Bhattacharya’s first every job, which she began in 1977 as a Probationary Officer at the age of 22 years.

While leading SBI, Bhattacharya had many achievements to her credit - she was not just first lady CEO in a state-owned banks but also became the first  woman to lead an India-based Fortune India 500 company.

In her 36 years of career at SBI, Bhattacharya took several positions with the bank including working in foreign exchange, treasury, retail operations, human resources and investment banking.

She was declared the 25th most powerful woman in the world by Forbes in 2016. In that same year, Bhattacharya was named among the FP Top 100 Global Thinkers by Foreign Policy magazine. She grabbed fourth spot as  powerful women in Asia Pacific by Fortune.

Considering the positions Bhattacharya is being offered, this would be a massive jump in her earnings. Her earnings were about Rs 28.96 lakh annually in 2016-17.

Bhattacharya is a postgraduate degree holder in English. She is also an Associate of the Indian Institute of Bankers.