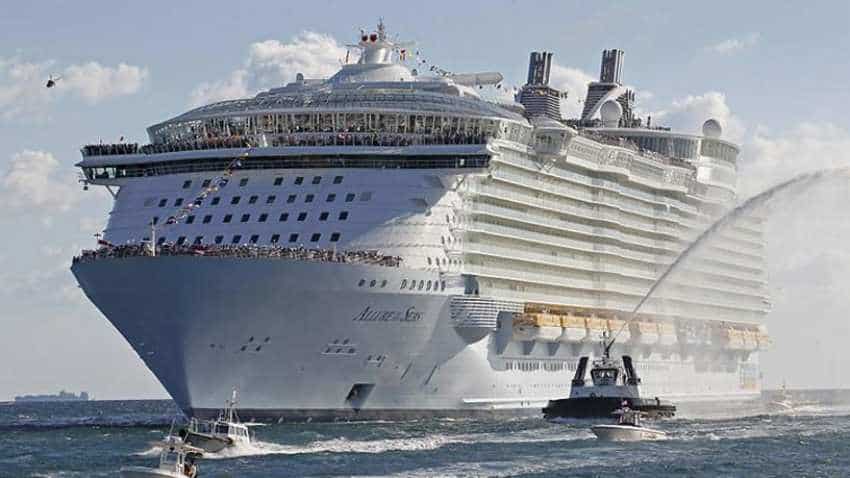 India's much awaited first cruise service between Mumbai and Goa is all set for its maiden voyage from October. Shipping and Transport Minister Nitin Gadkari has informed that the maiden sail of India's first luxury cruise line service will begin on October 1.

Gadkari had earlier said that the service will start from August 1 which was then delayed to December. The cruise will have a capacity of 500 people.

The minister had informed in July that discussions are on with Singapore for development of cruise tourism at various locations in India.

India receives around 80 cruise liners as of now and the government wants this number to go as high as 950 over the next five years.

To promote cruise tourism, the shipping ministry is investing Rs 1,000 crore to construct a cruise terminal in the Mumbai port area on the east coastline.

Gadkari had also informed that two floating restaurants will also come up in Mumbai.

The shipping ministry had already asked all ports to set up cruise terminal. The government had also decided to provide Shipping Corporation of India with Rs 800 crore for purchasing boats.

India has a 7,500 km of coastline. The government has also roped in global consultants to promote cruise tourism.

The minister had said that the government will make a policy to put India on the global cruise map which can create about 2.5 lakh jobs and boost growth.

India has 12 major ports but only five -- Mumbai, Goa, Cochin, New Mangalore and Chennai -- have facilities to cater to international cruise ships.