"India has similar potential, if not more and the government is keen on the cruising sector," he said, adding it is imperative for us to catch this cycle over the next two- three years as deployment is usually planned a couple of years in advance. 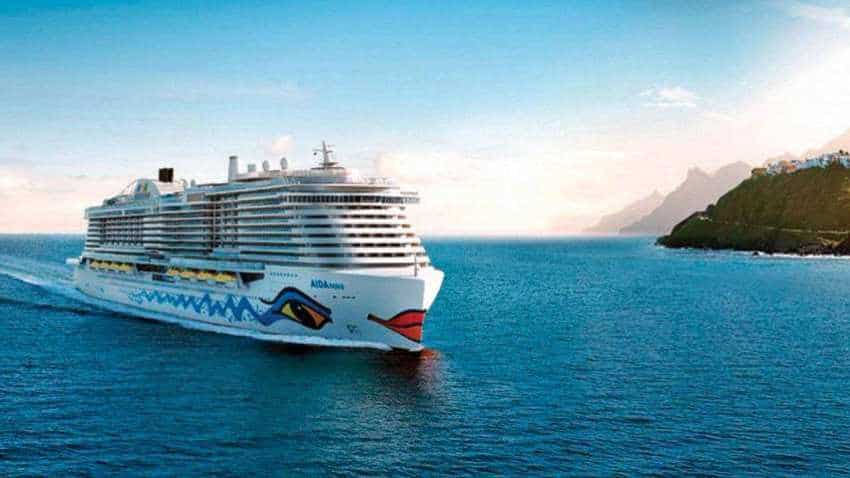 India as a source market is estimated to be around 1.70 lakh guests currently for cruise tourism, against Chinas 2.7 million, Image source: DNA

Cruise tourism is expected to expand in the country and as many as 3 lakh Indians may go on an international cruise vacation by 2020, says a leading industry player.

India as a source market is estimated to be around 1.70 lakh guests currently for cruise tourism, against Chinas 2.7 million.

Quoting a UNWTO report, a senior official of the India representative of the Royal Caribbean Cruises, Tirun, said outbound travel from the country will hit 50 million by 2020, making it one of the world's fastest-growing outbound markets.

"So we are looking at almost 3 lakh Indians to take an international cruise vacation by 2020," Varun Chadha, chief operating officer at Tirun told PTI.

He further said like China, India has huge potential and it gets exciting when we open up our shores. China grew from 4 lakh to 2.7 million in just under a decade.

"India has similar potential, if not more and the government is keen on the cruising sector," he said, adding it is imperative for us to catch this cycle over the next two- three years as deployment is usually planned a couple of years in advance.

Tirun Travel Marketing is the India representative for Royal Caribbean Cruises with a portfolio of three of its cruise brands including, Royal Caribbean International, Celebrity Cruises and Azamara Club Cruises.

It also handles exclusive sales and marketing for the various other brands while also providing operational support across the country.

Chadha expects the domestic cruising market to expand dramatically, with the government also serious on developing this sector.

The government is planning to link Mumbai with other prominent locations across the country, besides South East Asia and has asked private operators to come forward and take the benefit of the booming cruise industry.

"Forty nine per cent of the investment in tourism is going to create employment," Union Minister Nitin Gadkari, who handles the road transport, highways, shipping and water resource portfolios had said earlier.

Meanwhile, on October 12, Mumbai-Goa cruise service began by the Angriya, which was non-stop, 16-hour voyage from the Purple Gate of Mumbai's Indira Docks and arrived at Mormugao in South Goa ferrying 399 passengers.

"India is unique in that we will cater to domestic ports along with the appeal of cruising. Government has also worked on demand by allowing leave travel concession (LTC) for cruising," Chadha added.

This year Tirun will offer two special India cruises - Christmas special cruise from Abu Dhabi to Mumbai with a special Christmas celebrations on board and the New Year cruise that starts from Mumbai on December 28 with a double overnight stay in Dubai, including New Years eve with cruise ending in Abu Dhabi with an overnight stay, he said.

Beginning from Mumbai, there will also be cruises to Cochin and then makes a journey across the Eastern African coast, including Durban and finally docking at Cape Town. It will also dock at the Seychelles.

The demand is so high that advance booking especially for New Year sailing ended two months before the sailing, he added.