Exports rises up nearly 5% to $22.9 billion in September 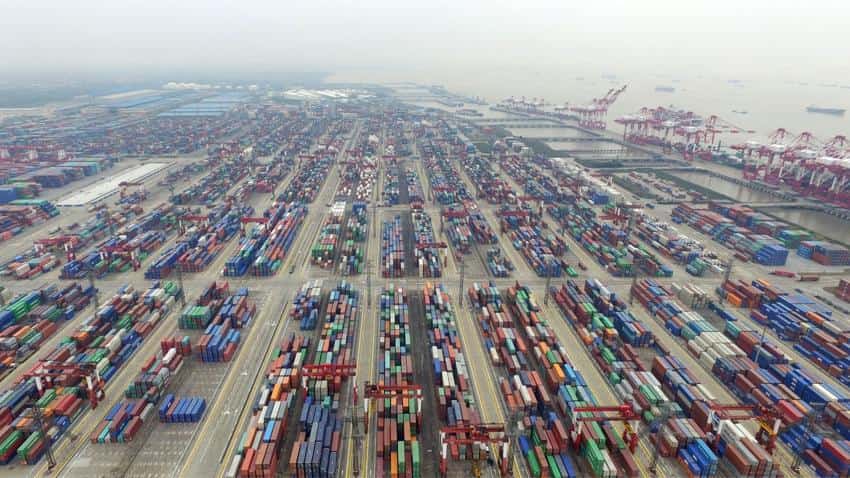 Signalling a clear reversal of the continuous decline in Indian exports, official data on Friday showed September exports at $22.88 billion grew 4.62% over exports recorded in the same month last year at $21.87 billion.

The Directorate General of Foreign Trade (DGFT) division under the Commerce Ministry tweeted on Friday as saying, "Exports during September,2016 show sign of revival with a growth of 4.62% in dollar terms valued at $ 22880.56 million."

However, cumulatively for the six-month April-September period, exports were down 1.74% in dollar terms at $131.4 billion, as against exports of $133.7 billion over the same period last year, as per data released by the Commerce Ministry.

The government said growth in exports have fallen for the US, European Union (EU) and China but Japan exhibited positive growth for July 2016, over the corresponding period of the previous year, as per latest World Trade Organisation (WTO) statistics.

Consequently, the trade deficit in September this year at $8.34 billion witnessed an 18% fall compared to the same month last year at $10.17 billion.

Cumulative imports for April-September were worth more than $174.41 billion, which was a 13.77% fall from $202.27 billion worth imports recorded for the same period a year ago.

With global oil prices climbing back to $50 a barrel levels, India's oil imports during September 2016 were valued at $6.89 billion, which was 3.13% higher than oil imports valued at $6.68 billion in the corresponding period last year.

The trade deficit cumulatively for April-September also declined more than 37% to $43 billion against $68.55 billion in the same period of 2015-16.

As per Reserve Bank of India (RBI) data on Friday, taking merchandise and services together, overall trade deficit for April-September 2016-17 is estimated $161.2 billion, which is more than 60% lower than the deficit of $403.7 billion during April-September 2015-16.

Hope that worst is over for Indian exports: Nirmala Sitharaman