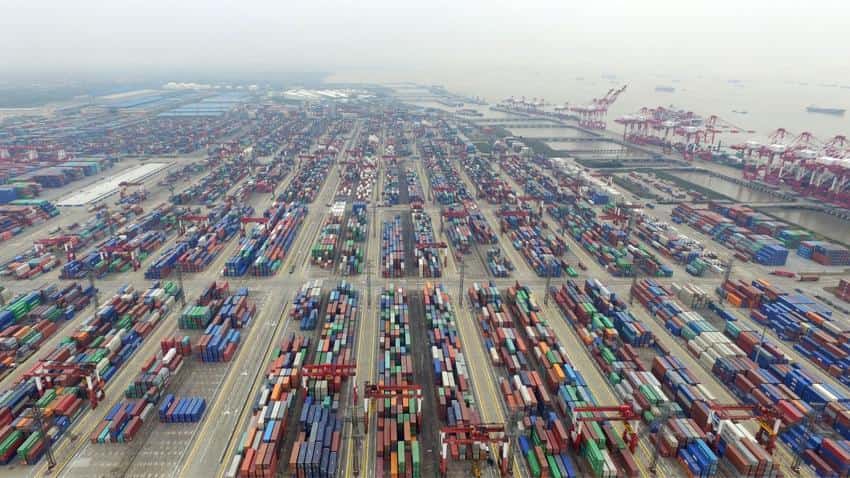 India has consistently diversified its export products as concentration of top ten export products was 60% in 2010 and 58% in 2015, noted the analysis conducted by PHD Chamber of Commerce. Representational Image. Image Source: IANS
Written By: PTI
RELATED NEWS

India's exports are better placed in terms of product diversification as top ten export products account for 58% of total shipments, says a study.

India has consistently diversified its export products as concentration of top ten export products was 60% in 2010 and 58% in 2015, noted the analysis conducted by PHD Chamber of Commerce.

However, notwithstanding the diversification of export products, India's export growth trajectory has showed lacklustre performance due to slowdown in demand in the destination countries.

"Although things are improving in logistics and export infrastructure front, the cost of credit to exporters is still high as compared to its competitors in the international market," PHD Chamber of Commerce and Industry President Mahesh Gupta said.

India stands 19th in the list of exporters with merchandise exports valued at $262 billion. India's share in exports is estimated at 1.6% with a growth rate of minus 15.5 % in 2015-16, the analysis noted.

"Further, a ray of hope is emerging with decent efforts undertaken by the government in improving the ease of doing business and reforms in export infrastructure," Gupta said.

With the continuous reforms, exports showed a positive growth of 1.27% in June and hopefully one can anticipate an incremental growth scenario in the coming months too, he added.

"As these destinations are already in focus of our exporters, the need of the hour is to enhance our competitiveness in terms of reduced costs of capital and improved exports logistics to increase our volumes of exports," said Gupta.

"Going ahead, the continuous pace of reforms at domestic front and recovery in the international market would help India to remain in positive exports growth trajectory in the coming months," he added.