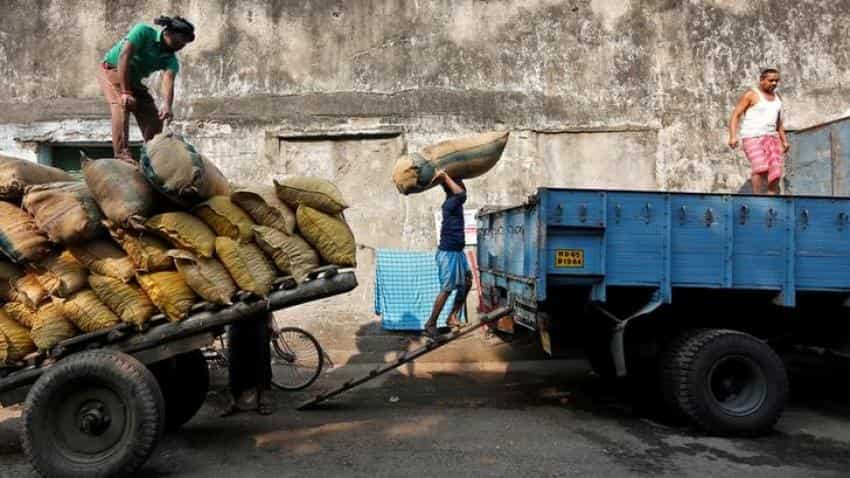 India`s annual consumer price inflation eased to 3.17 % in January, its lowest level in at least five years, helped by a sharp cooling in food prices, government data showed on Monday.

Economists polled by Reuters expected last month`s annual retail inflation to come in at 3.22 %, compared with 3.41 % in December.

India began measuring consumer inflation at the start of 2012.

Core CPI is 5.10 %, which is of course on the higher side. So, that justifies the argument that RBI has been making that core inflation is sticky. Therefore, there is no scope for rate cuts.
Inflation in the coming months is expected to be much below RBI`s trajectory. Until the first half of FY18, I`m expecting all-in-all inflation to be at least a % and more below RBI`s trajectory.

I don`t think the central bank is going to cut rates anytime soon. They have already factored in inflation rates and they will apply a wait and watch policy to check core inflation trends.
I expect a core inflation rate of 4.9 %. Going forward, key risks are commodity prices and food inflation over the next six months given the the monsoon patterns.
Tirthankar Patnaik, India Strategist, Mizuho Bank:

Inflation rate is lower than market expectations. Based on this data, we do not expect RBI to cut rates in the near term. Going forward, RBI`s focus will definitely be on inflation as the central bank is quite comfortable in meeting their growth targets.
Varun Khandelwal, Managing Director, Bullero capital:

RBI will continue to hold, RBI is seeing upside risks to inflation and one data point is not going to change their view dramatically. They`re looking at possible food and fuel inflation and inflation related to commodity prices. Interest rates will remain on hold in the near term.

Key risk to inflation going forward is international commodity prices, primarly the price of oil... Oil has been consistently in mid 50s for some time. If oil were to go further up, we could see more inflation.

As expected, the decline in food prices continued to push overall inflation lower in January. However, the core component and services sector inflation remained sticky at higher levels. While there is likely to be a sense of comfort in the near-term, there are factors that can push inflation higher six to seven months down the line. Despite a somewhat comforting inflation print today, the RBI is unlikely to shift its policy stance towards further accommodation.

Inflation is modestly below our estimate of 3.25 %. Softness in cereals inflation after strong gains in earlier months is a positive. Decline in pulses inflation has also gathered momentum.

But the larger picture remains that this print marks the low, and the subsequent inflation prints would be higher.

We believe RBI inflation estimates for the second half of the next fiscal, at 4.5 - 5.0 % are already conservatively marked, and yet it shifted the stance to neutral. We expect RBI to remain on a long pause and do not expect any further accommodation.

CPI in line with my expectations. Food inflation has crashed and activity indicators are showing continued weaknesses. Household sector`s inflation expectations have fallen sharply. If this scenario continues for the next two months, RBI may consider cutting the rates for the last time before entering into a long pause.

This number is in line with RBI`s assessment on upward risk to inflation arising out of core inflation and therefore validates its status quo stance. Core inflation is sticky and seems broad-based which puts pressure on overall inflation. Going ahead, RBI is likely to look through base effect which will pull down inflation for the first four months from April.

Retail inflation eases to 2.99% in April