Retail inflation eases to 2.99% in April 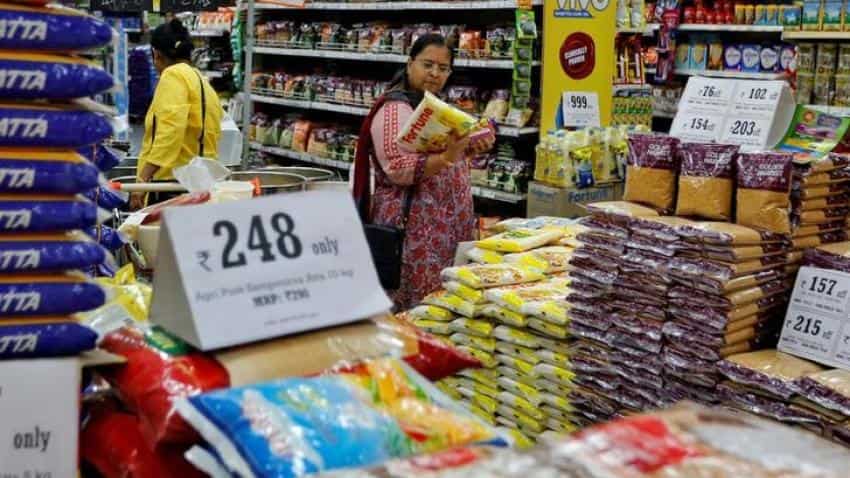 A woman looks at an item as she shops at a food superstore in Ahmedabad. Photo: Reuters
Written By: Reuters
RELATED NEWS

CPI, IIP numbers to be release today; Here's what you can expect

Sensex, Nifty plunges by over 0.50% ahead of CPI, IIP numbers

Economists polled by Reuters had expected last month`s annual retail inflation to come in at 3.49%, compared with a provisional 3.81% in March.

Meanwhile, India's industrial output rose a stronger-than-expected 2.7 percent in March from a year earlier, according to separate government data.

Anjali Verma, Economist, PHILLIPCAPITAL INDIA, "It is slightly below expectations: 3.15% is what I was anticipating. For the first half we expect the numbers to be fairly below RBI`s trajectory. However, in the second half it will be nearing 5 percent, which is in line with RBI`s trajectory and therefore a rate cut is not anticipated."

Aditi Nayar, Economist, ICRA said, "CPI at 2.99% is a very positive surprise and well below expectations. But as of now, I think given the GST-related uncertainty, I don`t that there will be a rate cut in the next policy."

Tushar Arora, Senior Economist, HDFC Bank said, "Inflation is expected to be moderate in April, May, June. Despite subdued expectations in the near-term, today`s print was better than expectations and could lead to a bit of buying in the bond market. RBI is mainly concerned about the second half of the year. We're expecting April - June to be subdued. July, August inflation could inch up towards 4-5 percent. Near-term trajectory isn`t something RBI is worried about. We are expecting a rate hike by the end of this financial year."

Rupa Rege Nitsure, Group Chief Economist, L&T FINANCE HOLDINGS said, "It's the lowest (CPI) in last several months, allaying fears that inflationary risks are imminent. Given the fragile nature of growth, there is a strong reason why RBI should return its stance to accommodative rather than the current neutral. This is absolutely needed to lower the costs of borrowing."

CPI, IIP numbers to be release today; Here's what you can expect

Sensex, Nifty plunges by over 0.50% ahead of CPI, IIP numbers