The Delhi High Court Wednesday directed former Ranbaxy Laboratories Ltd promoter Malvinder Singh to deposit with it 3.5 million Singapore dollars, which he obtained by selling his shares in a company in violation of court's direction. 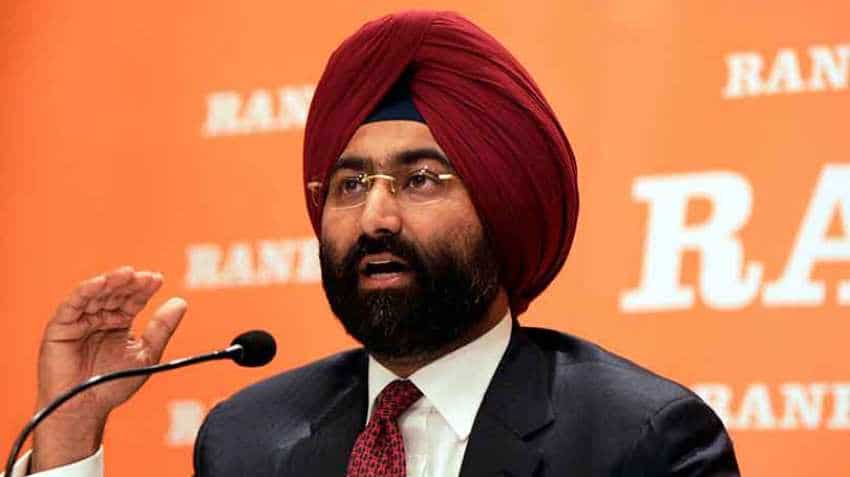 The Delhi High Court Wednesday directed former Ranbaxy Laboratories Ltd promoter Malvinder Singh to deposit with it 3.5 million Singapore dollars, which he obtained by selling his shares in a company in violation of court's direction.

Justice Rajiv Shakdher said undoubtedly there has been disobedience of the court's previous directions by Malvinder, who along with his brother Shivinder Singh, was directed not to sell their assets.

The court's order came after it was informed by the counsel for Malvinder, who was present in the court, that his 45 lakh equity shares in Religare Healthcare Trust were sold in Singapore in April.

The counsel said Malvinder had received 3.5 million Singapore dollars by selling the shares and the amount was used by him and his brother to pay EMIs of an apartment in Singapore to avoid any default of payment.

The court was hearing a petition of Japanese pharma major Daiichi Sankyo, which had come to the high court seeking execution of the Rs 3,500 crore Singapore tribunal arbitral award won by it in April 2016.

Daiichi's counsel contended that Malvinder was in contempt of the court's February 19 directions by which the two brothers were directed to maintain status quo on the assets they have disclosed during the case.

The court had restrained the brothers and 12 others from selling or transferring their shares or any movable or immovable property as disclosed by them before the high court earlier.

Taking note of the breach of directions passed by it, the judge said, "Undoubtedly there had been disobedience of the directions of the court. For the moment respondent 1 (Malvinder) is directed to deposit the money received by him upon sale of these shares with the registry of this court."

The court, during an over two-hour-long hearing, directed that the amount be deposited within four weeks.

On being informed that the local commissioner, appointed by the court, has sold shares of the Singh brothers in listed companies, the judge said that Rs 9.2 crore received from the sale be released to Daiichi.

The court, however, asked Daiichi to file an affidavit stating that if orders are passed in future to re-deposit the money, it will be complied with.

The court turned down the plea of several private banks, including Yes Bank and Axis Bank, to whom Singhs owned money, that some amount shall be released to them also as the DRT has passed attachment order in their favour.

The high court had on August 10 restrained the Singh brothers from operating their bank accounts in India or abroad and selling any property.

It had directed the brothers and their firms RHC Holding Pvt Ltd and Oscar Investments Ltd to disclose the bank account details.

The court had also recorded on oath the statements of the brothers in which they were asked various questions ranging from number of bank accounts in India and abroad, their balances, properties, sculptures and assets.

A Singapore tribunal had in April 2016 passed the award in Daiichi's favour holding that the brothers had concealed information that their company was facing probe by the US Food and Drug Administration and the Department of Justice while selling its shares.

The high court on January 31 had upheld the international arbitral award passed in the favour of Daiichi and paved the way for enforcement of the 2016 tribunal award against the brothers who had sold their shares in Ranbaxy to Daiichi in 2008 for Rs 9,576.1 crore. Sun Pharmaceuticals Ltd had later acquired the company from Daiichi.

It had, however, said that the award was not enforceable against five minors, who were also shareholders in Ranbaxy, saying they cannot be held guilty of having perpetuated a fraud either themselves or through any agent.

Daiichi had moved the high court here seeking direction to the brothers to take steps towards paying its Rs 3,500 crore arbitration award, including depositing the amount. It had also urged the court to attach their assets, which may be used to recover the award.

On February 16, the Supreme Court had dismissed Singh brothers' appeal against the high court verdict upholding the international arbitral award.

Singh brothers' counsel had argued that the award granted consequential damages which were beyond the jurisdiction of the arbitral tribunal and the award cannot be enforced under the provision of the Arbitration Act.

They had claimed that Daiichi was fully aware of all facts and still chose to retain the Ranbaxy shares, instead of terminating the agreement and returning them.