Every person has a right to spend his or her money: PM Modi 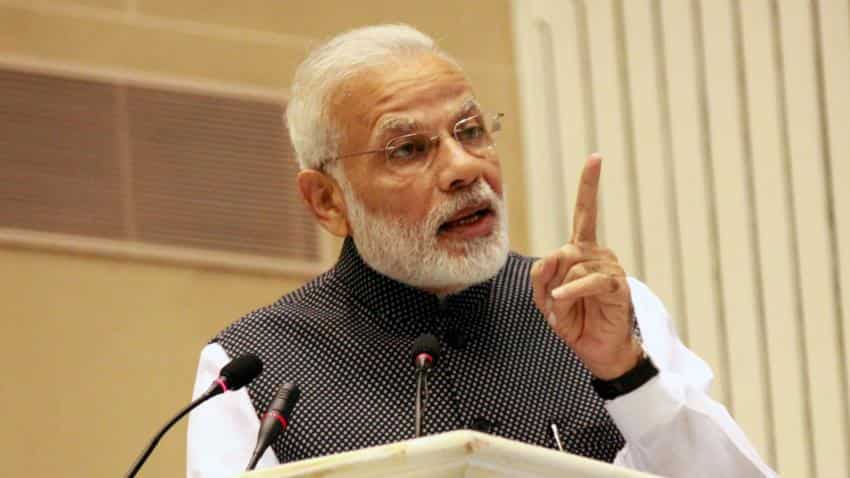 Prime Minister Narendra Modi while speaking at a programme in the run up to the Constitution Day said on Friday that those accusing government of not being prepared for demonetisation were themselves not ready for the move, PTI reported.

The office of the prime minister further tweeted PM Modi as saying that the common citizen of India has become a soldier against corruption and black money.

The common citizen of India has become a soldier against corruption and black money: PM @narendramodi

"Every person has a right to spend his or her money. No one can take anyone's money. Now people can spend through mobile technology also," the offical PMO India tweeted PM Modi as stating further.

Every person has a right to spend his or her money. No one can take anyone's money. Now people can spend through mobile technology also: PM

According to PTI report, PM Modi said that India has often ranked low in global rankings on corruption and we need to improve it.

PM Modi on November 8 had announced scrapping of old Rs 500 and Rs 1,000 notes from circulation, which resulted in chaos across the country as people thronged to ATMs and bank branches to deposit and exchange their old notes.

Facing severe attack in the wake of difficulties thrown up by demonetisation, the government on Thursday night extended the facility of using old Rs 500 notes in public utilities and included more services like mobile recharge till December 15 but stopped the over-the-counter exchange of defunct currencies and use of Rs 1,000 notes, PTI reported.

"Considering that the Ministry of Road Transport and Highways have continued the toll free arrangement at the toll plazas up to December 2,  it has been decided that toll payment at these toll plazas may be made through old Rs 500 notes from December 3 to December 15," the news report said citing the Finance Ministry statement.