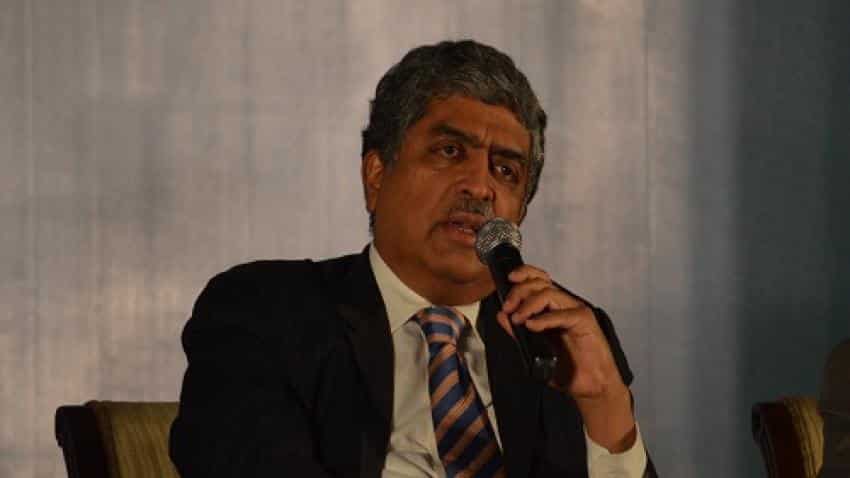 "Aadhaar generation has crossed the 111+ crore mark. It’s a great achievement towards inclusion of everyone into national development fabric," Ministry of Electronics & IT said in a statement.

The ministry said, "Aadhaar enrolment ecosystem with 135 registrars and 612 enrolment agencies working at 47,192 enrolment stations has been enrolling and updating 7-8 lakhs requests per day."

"However, since demonetisation the Aadhaar enrolment and update requests are in the range of 7-8 lakhs per day," it said.

“Now in its fourth phase, with demonetisation and Digital India drive towards less-cash economy, Aadhaar is all set to be the game changer with Aadhaar Pay – a non-traditional digital payment system without a need of card, pin, password or mobile with the consumer”, the ministry further said.

Aadhaar has become an extraordinary institution to connect the ordinary people of India into the banking system in a flawless manner, it said.

Firstly, Aadhaar Enabled Payment System ( AEPS ) on which 119 banks are live. This helps the Banking Correspondents to go to the doorsteps in rural villages, facilitating banking transactions, with the help of Micro-ATMs, linked with Aadhaar. More than 33.87 crore transactions have taken place through AEPS, which was only 46 lakhs in May 2014. While only 7,406 AEPS points were available in May 2014, we now have over 1,65,000 agents available in the villages.

Secondly, the opening of bank accounts with Aadhaar eKYC, in which 97 banks are live and 4.47 crore bank accounts have been opened till now, which was only 1 lakh in May 2014.

Thirdly, Aadhaar Payment Bridge (APB), a seamless payment facility, which enables disbursal of benefits /other payments directly to the beneficiary’s account, popularly known as Direct Benefit Transfer (DBT),  has shown considerable growth in the past two years. Total number of transactions on the APB were logged at 167.36 crore worth Rs.44,967 crore which has risen by ten folds in value since 31st May 2014 ( 7 crore transactions, worth 4000 crores ).

Fourthly, with the Aadhaar Pay, soon to be launched, any person with his Aadhaar number linked to Bank account, can make and / or receive payment, with his thumb impression alone. There is absolutely no need for him to have any phone, debit card etc.. This will be available to all the persons having Aadhaar linked bank accounts, whose number stands at 39 crores now, which was only 6.7 crores in May 2014. About 2 crore Aadhaar numbers are linked to Bank accounts every month.”