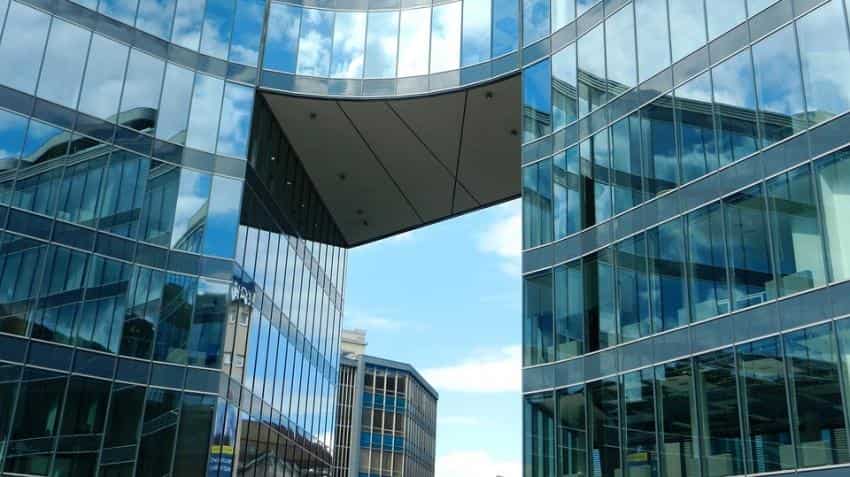 The prime office markets in Bengaluru, New Delhi and Mumbai have recorded healthy growth in the office rentals space in the first quarter (Q1) of 2017 despite the nervousness of demonetisation among real estate investors, according to Knight Frank's latest report.

"Despite the initial jitters of demonetisation the key office markets in Delhi, Mumbai and India’s IT capital (Bengaluru) saw healthy surge in office rentals on a year-on-year (y-o-y) basis," Knight Frank said in a press release on Tuesday.

The rise in rents was remarkable considering that the three cities collectively saw close to 2.4 million square metre of new office space added since the March ending quarter of 2016, showed the Knight Frank index .

In a surprise move to curb black money, corruption and terrorism, prime minister Narendra Modi had announced demonetisation of high value notes of Rs 500 and Rs 1,000 on November 8 last year whereby it resulted in massive cash crunch across the country.

As per the Knight Frank report, Bengaluru has emerged as the top Indian metro for recording growth in the office rental space globally for the first quarter (Q1) of 2017.

The growth in CBD of Bengaluru was also led by the growth in office rental space at MG Road area. 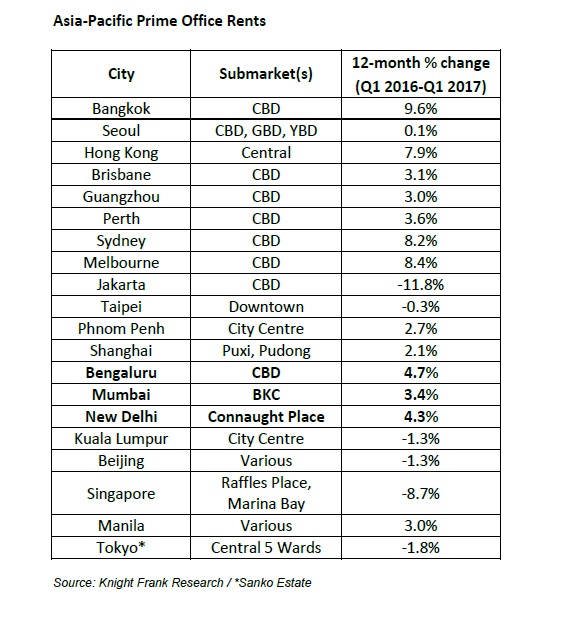 "Unlike IT-driven office markets which are linked to global fortunes, the prime office markets in India are driven by the Banking, Financial Services and Insurance (BFSI), manufacturing and consulting sectors," Das added.

The report further said that the rise in domestic consumption and fiscal reforms are expected to increase business confidence of investors into the country's office space.

Globally, the index grew 1.0% quarter-on-quarter courtesy rising rents in 10 of the markets in the March 2017 ending quarter.

According to the report, Bangkok topped the chart with a staggering year-on-year rental growth of 9.6% the index shows adding that rents in the Thai capital have been on the rise for more than two years and are expected to persist due to strong absorption amidst tight supply

Besides, all the four major cities tracked across Australia saw prime rents increase in the first quarter (Q1) of 2017 with Melbourne and Sydney recording (8.4%) and (8.2%) rental growths year-on-year, respectively