"This is a big decision... It is BSP and SP that appear to be more worried by it," he Mahendra Singh, adding that people were minutely watching the panic situation of political parties. 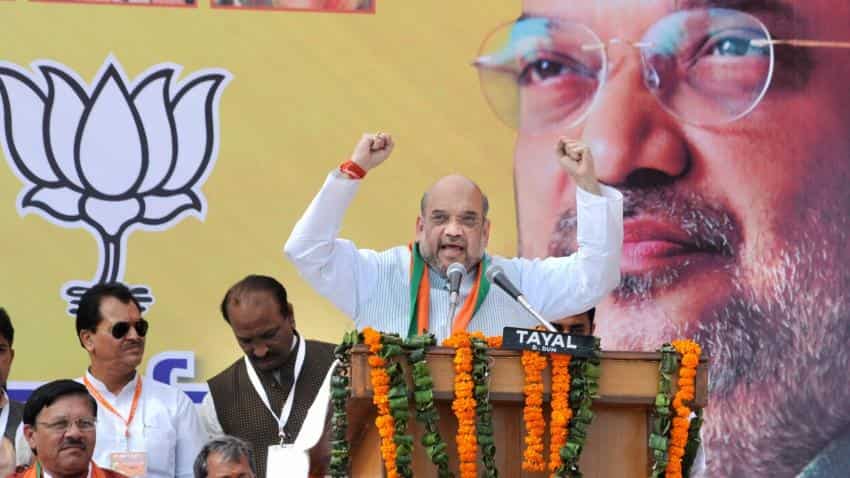 The Centre's demonetisation move will have a positive impact on BJP's electoral fortune in the coming Assembly polls in Uttar Pradesh and no one can stop it from forming the next government, party national secretary Mahendra Singh has said.

"Demonetisation will have an impact on the coming Assembly polls in UP as it is not the common people, but corrupt leaders, officials and industrialists who are perturbed by the move," Singh told PTI.

"This is a big decision... It is BSP and SP that appear to be more worried by it," he said, adding that people were minutely watching the panic situation of political parties.

"There has been a definite increase in our vote bank in Uttar Pradesh... It is evident from the massive turnouts in the ongoing 'Parivartan Yatras' of the party... No one can now stop it from coming to power in the state in the coming polls," he said.

The common people know that BJP has taken this step in accordance with the promise made by it during the Lok Sabha election campaign with regard to black money, he said.

Singh, who is also the convenor of 'Parivartan Yatras', said the law and order situation in the state was dismal.

"BJP works for positive change in social, political and economic spheres in national interest, whereas other parties are visible only at election time," he said.

Criticising the Akhilesh Yadav government, he said that it was doing "drama" in the name of development and the benefits of even the schemes of the Central government were not reaching the common people in the state.