The overall housing credit growth in India declined by 16% to Rs 14,400,00 crore in FY17 as compared to Rs 12,400,00 crore in FY16 on account of demonetisation in the second half of the last year, which resulted in decline in number of new project launches with investors deferring their purchase decisions. 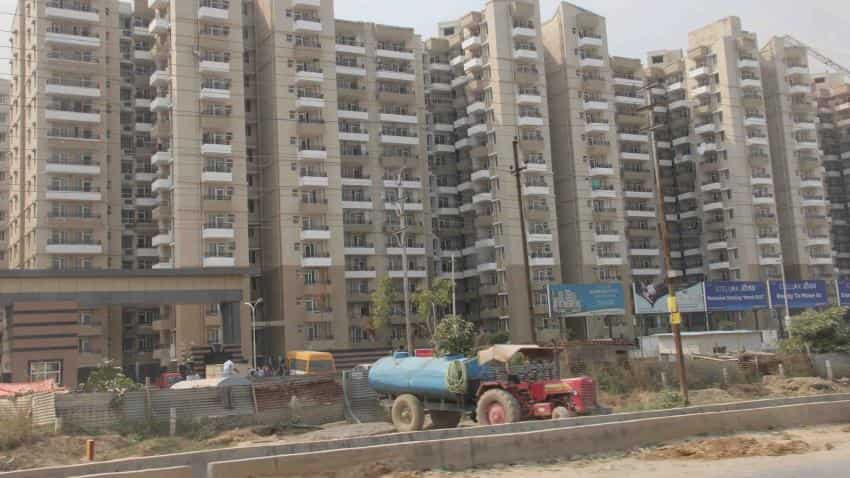 Invest in housing mutual funds if you have high-risk appetite, say experts

2.The slowdown in the housing credit growth of banks was the highest at 15% in FY17

3. Housing Finance Companies (HFCs) continued to grow at a faster pace of 28% in FY17

The total housing credit growth in India has declined by 16% in the financial year 2016-17 (FY17) on account of demonetisation whereby resulting in the slowdown in the number of new project launches as investors postpone their purchasing decisions, said ratings agency Icra.

“The growth in the sector was also impacted by a slowdown in new project launches with buyers and investors deferring their home purchase decisions in expectation of a decline in real estate prices,” Icra said in a press release on Tuesday. 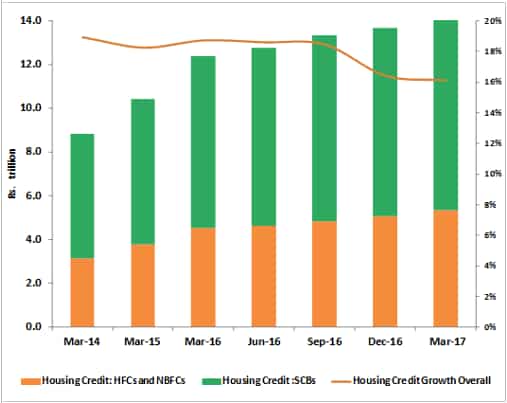 The ratings agency has noted that the slowdown in the housing credit growth of banks was higher as compared to housing finance companies (HFCs) in the last financial year.

“While the slowdown was across both HFCs and banks, the decline in the pace of growth of banks was higher – declining from 18% in FY16 to 15% for FY17 – largely because they were operationally tied up in the second half of FY17 on account of demonetisation," it said.

In a surprise move to curb black money, corruption and terrorism, prime minister Narendra Modi announced demonetisation of high value currency notes of Rs 500 and Rs 1,000 on November 8 last year whereby it resulted in massive cash crunch across the country.

Due to demonetisation, the real estate sector witnessed a slowdown as major portion of funds invested into the sector are from the black market, which resulted in shortage of funds for developers whereby leading to lower number of new project launches.

“Housing Finance Companies (HFCs) operating in the affordable housing space, with a total portfolio of Rs 1,20, 000 crore, continued to grow at a faster pace of 28% in FY17 compared to the industry,” Icra's senior vice president and group head-financial sector ratings, Rohit Inamdar, said in a statement.

It said that traditional lenders that have historically focused on the prime segment have also started lending to this segment.

Invest in housing mutual funds if you have high-risk appetite, say experts