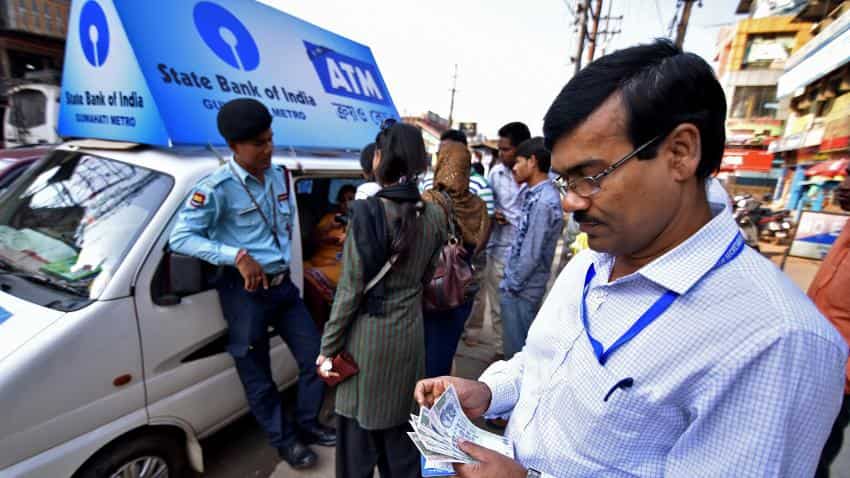 A man counts 100 rupee banknotes after withdrawing them from a mobile ATM van. Image Source: Reuters

Prime Minister Narendra Modi shocked the country on November 8 by abolishing 500 and 1,000 rupee notes, which accounted for 86% of the cash in circulation. The move was aimed at cracking down on the shadow economy, but has brought India`s cash economy to a virtual standstill.

The government and the Reserve Bank of India have since taken a slew of measures to ease the pain from its measures. They are detailed below in chronological.

November 25
- RBI expands basket of securities that can be accepted for collateral under money market ops
- RBI says old currency notes can be exchanged at RBI branches
- RBI says tourists can exchange foreign currency worth up to INR 5,000 per week till December 15

November 24
- Govt stops over the counter exchange of old banknotes; can only be deposited
- Govt to ensure adequate cash supply for pensioners, armed forces personnel
- Allows certain payments in old 500 rupees notes including at tolls, hospitals for limited time

November 21
- RBI allows cash withdrawal of up to 250,000 rupees for wedding-related expenses.
- RBI allows farmers to withdraw up to 25,000 rupees a week from their loan, deposit accounts.
- RBI gives small borrowers 60 more days before loans of up to Rs 10 million are marked substandard.
- Govt allows farmers to purchase seeds from state-run outlets with old 500 rupee notes.

November 17
- Govt allows farmers to withdraw up to 25,000 rupees a week against the crop loans.
- Govt extends time limit for farmer to pay crop insurance premiums by 14 days.
- Cuts limit for over-the-counter exchange of old bills at banks to 2,000 rupees from 4,500.

November 11
- Extends deadline for payments in old notes including for petrol for limited time.