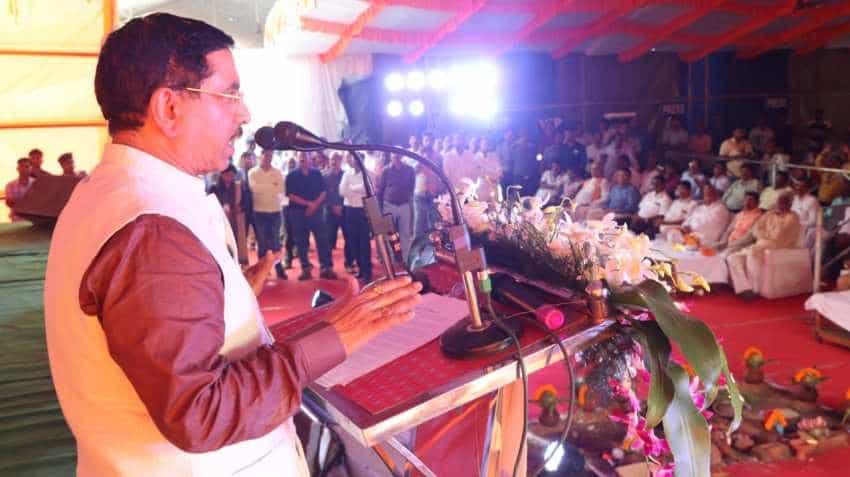 This welfare measure will coverer over 3.5 lakh families of miners working under Coal India and its subsidiaries in eight states of the country. Photo: Courtesy CIL
Written By: Asit Manohar
RELATED NEWS

The Minister of Coal and Mines Pralhad Joshi on 7th November 2019 announced 300 per cent hike in ex-gratia payment for fatal coal mines accidents, increasing the amount from Rs 5 lakh to Rs 15 lakh, a welfare measure that will cover over 3.5 lakh families of miners working under Coal India and its subsidiaries in eight states of the country. After undertaking an aerial survey and inspection of mining operations of Talcher Coalfields in Mahanadi Coalfields Limited (MCL), Odisha, the Minister, addressed the villagers and coal miners. MCL, is the second biggest subsidiary of state-run company Coal India Limited (CIL) which contributes about 25 per cent to the total coal production of CIL.

Paying tributes to the coal miners who laid their life in mine accidents, Joshi said, “I announce enhancement in ex-gratia from Rs 5 lakh to Rs 15 lakh for the coal workers, both permanent as well as the contractors’, in case of fatal mine accident.” Joshi went on to add the government of India is committed to uplift the standard of living of common man and “we are steadily working to create more jobs and entrepreneurship opportunities for the youths.

Pralhad Joshi, who was on his maiden visit to MCL for reviewing mining operations of the company, also laid the foundation stone of MCL DAV School, Lingaraj Area, which will be built at the estimated cost of Rs 45 crore with initial student intake of 1300 to be extended up to 3000, desiring it to be one of the best schools in India. CMD of CIL AK. Jha and CMD of MCL BN Shukla were also present on the occasion along with other dignitaries.