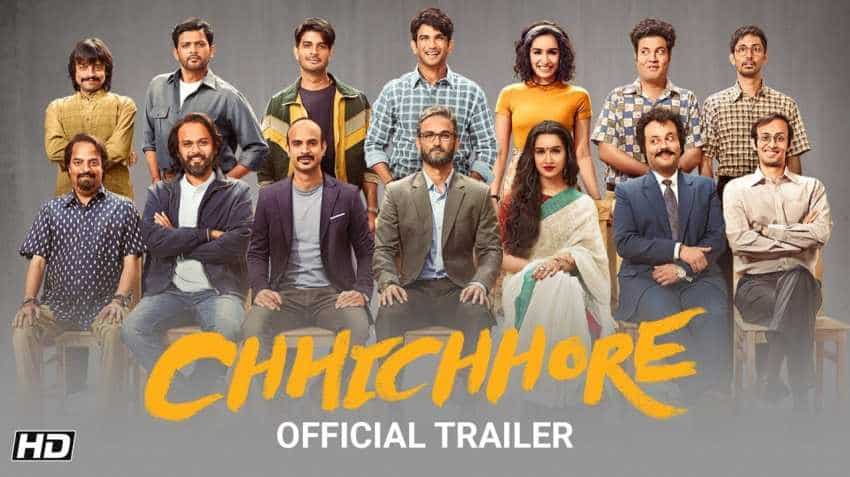 Chhichhore Box Office Collection: Sushant Singh Rajput's latest film Chhichhore continues to dominate the box office, and has so far earned Rs 68.83 crore, according to reports. The Nitesh Tiwari directorial film is a college-life drama, narrating the story of the life of seven friends. Chhichhore has received praises from film critics as well as audience.

Even as Chhichhore has to face competition from big releases like Akshay Kumar's Mission Mangal and Prabhas' Saaho at the box office, this low-budget film, however, has sailed through successfully. After the release of Chhichhore, Saaho's (Hindi version) collections have dropped. Released on August 30, Saaho has earned nearly Rs 140 crore at the domestic box office market, but the Hindi version could earn merely Rs 21.5 crore in its second week.

Chhichhore is set to enter in its second weekend, is likely to face tough challenge with the much-hyped film Dream Girl, starring Ayushmann Khurrana, and Article 375, starring Richa Chaddha and Akshay Khanna. Both the film have received positive reviews from critics.

In the film, Chhichhore, Sushant Singh plays a college student Anni and Shraddha Kapoor plays the role of Maya, and there are actors including Naveen Polishetty, Varun Sharma, Tahir Bhasin, Tushar Pandey, Prateik Babbar, Saharsh Kumar Shukla and Nalneesh Nele, in key roles. Sushant Singh gets separated after college and reunites at a hospital when one of his friends from college days meets with an accident.