Train 18 will be the first engine-less train in India. The semi-high speed train, capable of running at the speed up to 200 kmph, will be put into service from January, said the report. 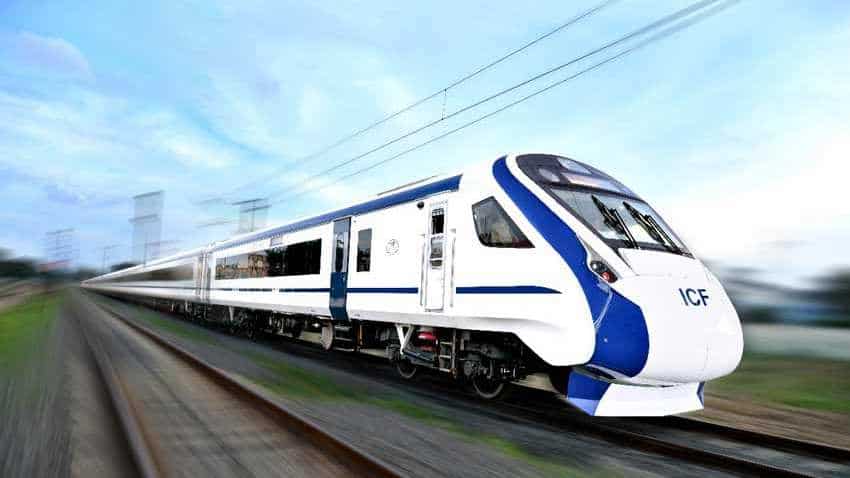 Surprise! Indian Railways Train 18, a special, engineless train that will transform railways travel forever, which is currently undergoing medium speed trial on Moradabad and Bareilly route, may not replace the Delhi-Bhopal Shatabdi, as earlier stated by several top railways officials.

The official Twitter handle of North Central Railway shared a news report of a Hindi daily that claimed that the Railways has overturned its earlier decision to run the train between Delhi and Bhopal. It said that Train 18 will now ferry passengers between New Delhi and PM Narendra Modi's parliamentary constituency, which is Varanasi.

Train 18 will be the first engine-less train in India. The semi-high speed train, capable of running at the speed up to 200 kmph, will be put into service from January, said the report. 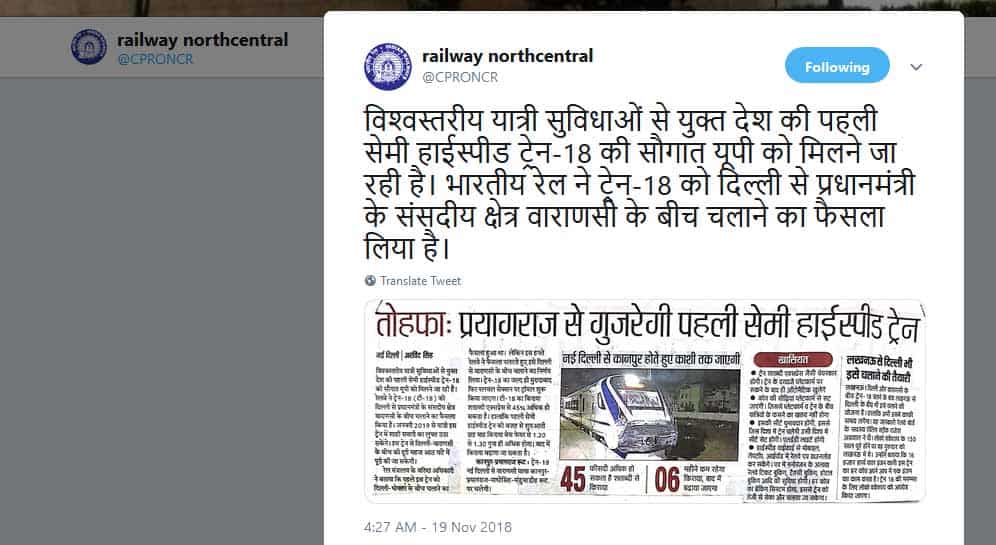 It also claimed that the fare of the train laced with world-class features may be 45 per cent higher than the Shatabdis. However, during the first 6 months, the fare will be higher by 1.2 or 1.3 times.

Starting from Delhi, the train will reach Varanasi via Kanpur, Prayagraj, Madhosingh and Manduadih stations.

When contacted, a top North Central Railway official told ZeeBiz.com that the possibility of the same cannot be ruled out. However, there has not been any official communication yet for the same.

The speed trial of the revolutionary Train 18 was conducted successfully on the Moradabad-Bareilly route, inching one step closer to full operationality. The train's introduction is a significant step towards modernisation of Railways. pic.twitter.com/BFYax3yOje

However, running the train between Delhi and Varanasi will not be an easy task for the Indian Railways. Train 18 has been designed to replace Shatabdis running on shorter routes with an average running time of six to seven hours. However, the average time taken by a train to reach Varanasi from Delhi is around 12 hours. In this case, running a chair car train on a busy route like this will be an uphill task for the Indian Railways.

It is also possible that sometime after its induction on the Delhi-Varanasi route, more Train 18s will be put into services on routes like Delhi-Lucknow, Delhi-Bhopal among others.