The success of Vande Bharat Express, previously known as Train 18, has encouraged the Indian Railways to consider more such trains across the country. 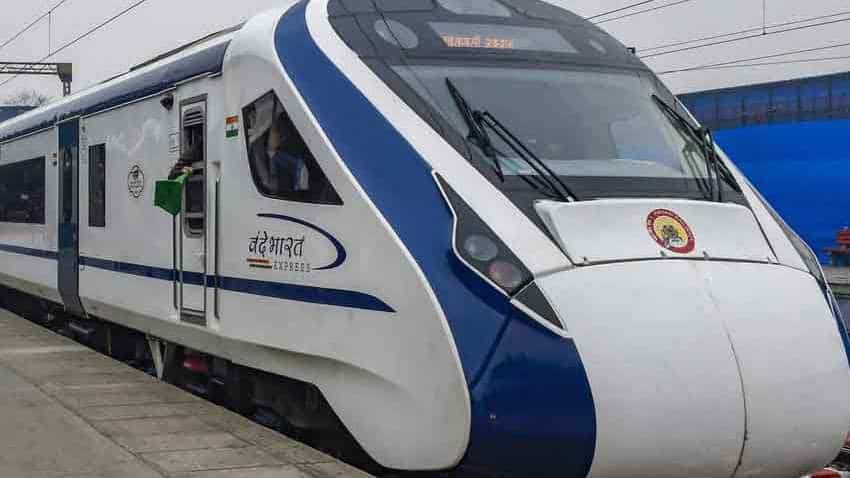 The Indian Railways has confirmed that it is also exploring the possibility of running such semi-high speed trains between Mumbai to Pune, Nashik and Vadodara. Source - PTI.

The success of Vande Bharat Express, previously known as Train 18, has encouraged the Indian Railways to consider more such trains across the country. It has already been reported that the Integral Coach Factory (ICF), one of the principal manufacturers of Indian Railways coaches, has been working on making a new model of Train 18, which will have sleeper class coaches along with state-of-the-art facilities presently available in the Vande Bharat Express. This came after the Vande Bharat Express reduced the travel time between New Delhi and Varanasi by 40 per cent.

Now, the Indian Railways has confirmed that it is also exploring the possibility of running such semi-high speed trains between Mumbai to Pune, Nashik and Vadodara. "We want to check whether the same train can be replicated for Mumbai to Pune or Mumbai to Nashik or Mumbai to Baroda (Vadodara)....Trial runs will begin in the next week," member (Rolling Stock), Railway Board Rajesh Agrawal said.

"We are going to start trial runs from the next week on the Vande-Bharat pattern. One AC-EMU rake and one non-AC MEMU rake will be given to the Central and Western Railways. If the trial goes as per plan, we can reduce the travel time between Mumbai to Pune and Nashik to within two hours," Agrawal, an ex-officio Secretary to the Government of India, said.

He added that the Indian Railways is only exploring the possibility as of now and no final decision has been taken yet. Agarwal said that the biggest challenge for the railways would be traffic congestion and upgradation of infrastructure including the tracks. He also said that by the end of March 2020, the railways has planned to run 12 AC locals in Mumbai, six each on the Central and Western suburban lines.

"We have no shortage of coaches as the coach production has seen a quantum jump...Till previous year, all coach factories used to produce less than 4,000 coaches annually and this year the number has been scaled up to 6,000. Next year our target is to produce 8,000 coaches," he said.