Indian Railways is all set to get its second Vande Bharat Express from next month. The much-awaited new train will run between Delhi-Katra route three days a week, likely from next month. 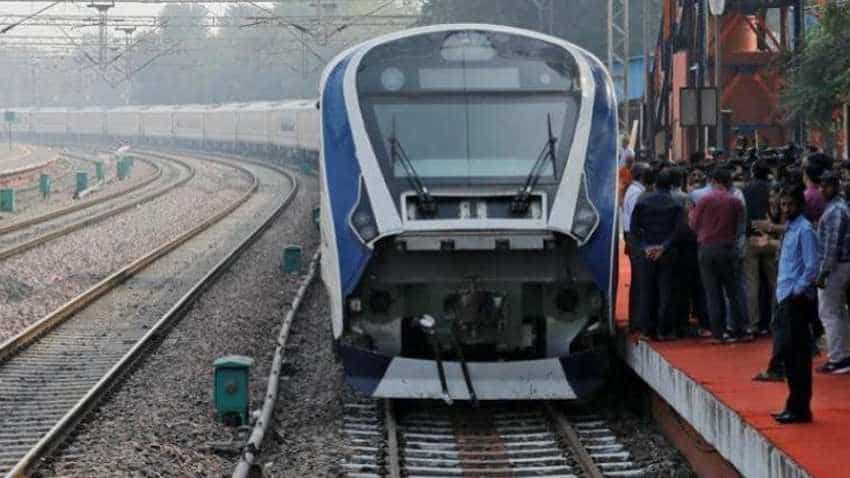 The first train was flagged off by Prime Minister Narendra Modi on February 15 on the Delhi-Varanasi route. Source - Reuters.

Indian Railways is all set to get its second Vande Bharat Express from next month. The much-awaited new train will run between Delhi-Katra route three days a week, likely from next month, a source told PTI on Monday. The route witnesses high traffic volume owing to the Vaishno Devi temple pilgrimage and the Indian Railways is looking to capitalise on it. As of now, it takes around 12 hours to complete the journey between these two cities. But, with the introduction of the Vande Bharat Express, the journey time will come down to just eight hours.

The official said that the second Vande Bharat Express is proposed to be run three days a week. However, he added that the number of days can be extended up to five. "The train will run every Monday, Thursday and Saturday for now. However, depending on the demand, we might extend it by two more days," he said.

The Delhi-Katra Vande Bharat Express will leave from Delhi at 06:00 hours and reach Katra at 14:00 hours. It will leave Katra for the return journey on the same day at 15:00 hours and reach Delhi at 23:00 hours. The train would run at a maximum speed of 130 kmph and will have around two-minute halts each at Ambala, Ludhiana, and Jammu Tawi, before Katra. It has already undergone trials on the Delhi-Katra route, which was chosen among others such as Delhi-Amritsar and Delhi-Chandigarh that were also in the contention for the premium service.

The Indian Railways has made some changes to the train as well, learning from the criticism it got for the first train. The earlier version was criticised for lack of adequate space for pantry. The upgraded train has more space to store meals for passengers. It also comes with adjustable seats and improved washbasins, a sturdy aluminium-clad nose cover to avoid damage due to cattle run-over and special anti-spall film on windows to guard against stone pelting.