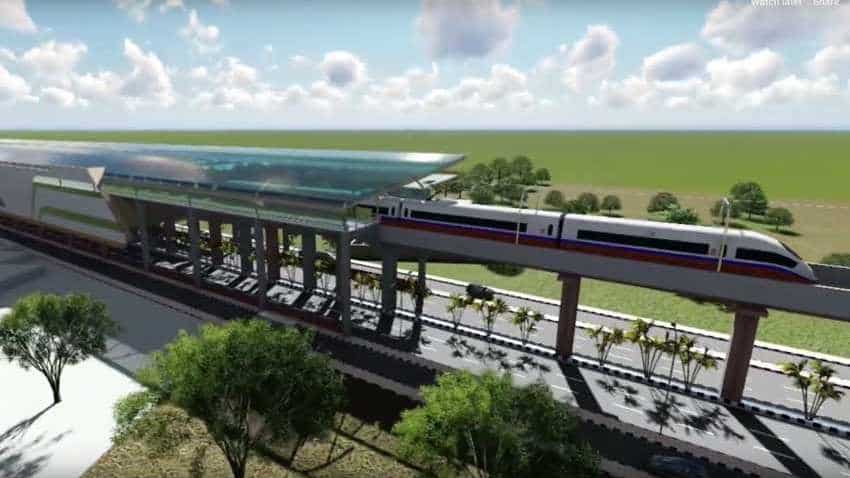 Delhi-Ghaziabad-Meerut RRTS Corridor is 82 km long and will have 22 stations.

National Capital Regional Transport Corporation (NCRTC), the implementing body of the Regional Rapid Transit System (RRTS) has received a total of Rs 1,400 crore as of now to carry out the high-speed rail construction. The NCRTC had first received Rs 1,000 crore from the interim budget announced by the Centre and now the Uttar Pradesh government has allocated Rs 400 crore in the UP Budget 2019 presented by state Finance Minister Rajesh Agarwal on February 7.

When asked about the priority utilisation of funds, a senior NCRTC official told ZeeBiz.com that the fund allocation will be a shot in the development arm of the project.

"The topmost priorities as of now are utility diversion and construction of initial 17 km viaduct. The Pile Load Test which is underway will be completed within next one month. Only after this, the actual piling and construction will start. Another focus will be on land-related commitments," said the official.

The funds will give the much-needed boost to the project. The NCRTC has identified has identified as many as 8 high-speed rail corridors routes under the Integrated Transportation Plan 2032 prepared by the National Capital Region Planning Board (NCRPB). The NCRTC is executing three prioritized RRTS corridors - Delhi-Alwar, Delhi-Meerut and Delhi-Panipat in the first phase.

Delhi – Ghaziabad – Meerut RRTS Corridor is 82 km long and will have 22 stations. The DPR of the project has already been approved by the UP Government. The Delhi Government has recently given in-principal approval to the project.

"Pre-construction activities such as Geo-technical Survey, Road widening work, Utility diversion work, Initial Pile Load Testing are in full swing for construction of this corridor," said the NCRTC in a statement.

The high-speed rail will cover the distance from Meerut to New Delhi in less than 60 minutes. It will be a new, dedicated, high speed, high capacity, fully-AC and comfortable commuter service connecting regional nodes of NCR to Delhi

The NCRTC has already established its field offices in Ghaziabad, Meerut and Delhi and posted officers and mobilized resources. This corridor is expected to be completed by the year 2025.

The NCRTC is a joint venture of the Union government, Haryana, Delhi, Uttar Pradesh and Rajasthan.