The Delhi-Gurugram-Shahjahanpur-Neemrana -Behror Urban Complex (SNB) high-speed rail is the first phase of the Delhi-Alwar corridor. 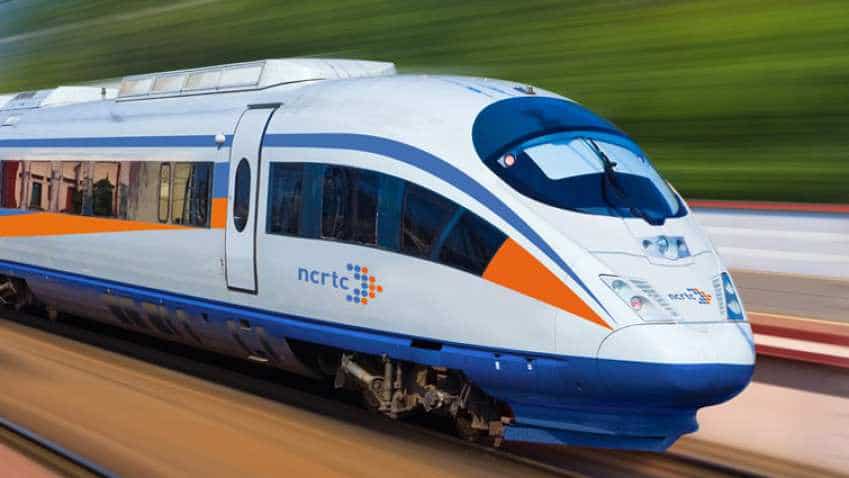 The Delhi-Gurugram-Shahjahanpur-Neemrana -Behror Urban Complex (SNB) is the first phase of the Delhi-Alwar corridor.

Those who travel to and from Gurugram are well versed with the notorious traffic jam of the region. Commuting by a four-wheeler on the route is sometimes a tedious task. However, soon the distance between Gurugram and Delhi's IGI Airport will be reduced to just 10 minutes from the current time of 25 to 30 minutes. Yes, you read it right. The Delhi-Gurugram-Alwar Regional Rapid Transit System (RRTS) will make it possible for you.

There will be 2 RRTS stations of ‘Gurugram sector 17’ and ‘Udyog Vihar’ between Rajiv Chowk in Gurugram and Aerocity (Delhi). Commuters travelling from Gurugram will be able to reach IGI Airport in around 10 minutes. Similarly, the distance from Manesar to IGI airport will be reduced to about 20 minutes, which is 1/3rd of the current travel time by road.

"The DPR for the Delhi-Gurugram-SNB corridor has been approved by the NCRTC Board. This Regional Rail will be immensely beneficial for Gurugram residents and it will allow commuters to reach the Delhi airport from Gurugram (Rajiv Chowk) in around 10 minutes. The high-speed RRTS trains will be available in every 5-10 minutes that will relieve the commuters from their daily hassle from congestion on the roads and pollution,'' said Sudhir Kumar Sharma, CPRO, NCRTC.

The Delhi-Gurugram-Shahjahanpur-Neemrana -Behror Urban Complex (SNB) is the first phase of the Delhi-Alwar corridor. The three phases are:

Second phase: The line would be extended from SNB to Sotanala, with Shahjahanpur, Neemrana, and Behror in between.

Third phase: The stretch from SNB to Alwar will be constructed.

Tenders have started floating for pre-construction work on the Delhi-Gurugram-SNB corridor. The 2 tenders issued by the NCRTC include Pile loading test and Geo-Technical survey for around 75km length of the corridor in Haryana.

The Geotechnical investigations are performed by engineering geologists to obtain information on the physical properties of soil and foundations for proposed structures and structures caused by subsurface conditions. A geotechnical investigation will include surface exploration and subsurface exploration of a site. The Pile loading test is performed to assess the design adequacy. This routine test is performed on a working pile.

The Delhi-Gurugram-SNB corridor will pass through the industrialised areas of Haryana. It is expected to increase the productivity of a large number of commuters traveling to and from Delhi and Gurugram to regions in Manesar and Bawal.

The Delhi-Gurugram-SNB corridor will be elevated for about 71 km (which includes 11 stations), the remaining 35 km (which includes 5 stations) will be underground, mostly in Delhi & Gurugram. This corridor will converge with other RRTS corridors in Sarai Kale Khan and will be interoperable, facilitating commuters’ movement from one corridor to another without the hassle of changing trains.

Similarly, RRTS will be seamlessly integrated with other modes of transport like Railway Stations, Metro stations, ISBTs and Airport in NCR. The corridor is planned to be constructed in about 5 years’ time excluding 1 year of pre-construction activities. 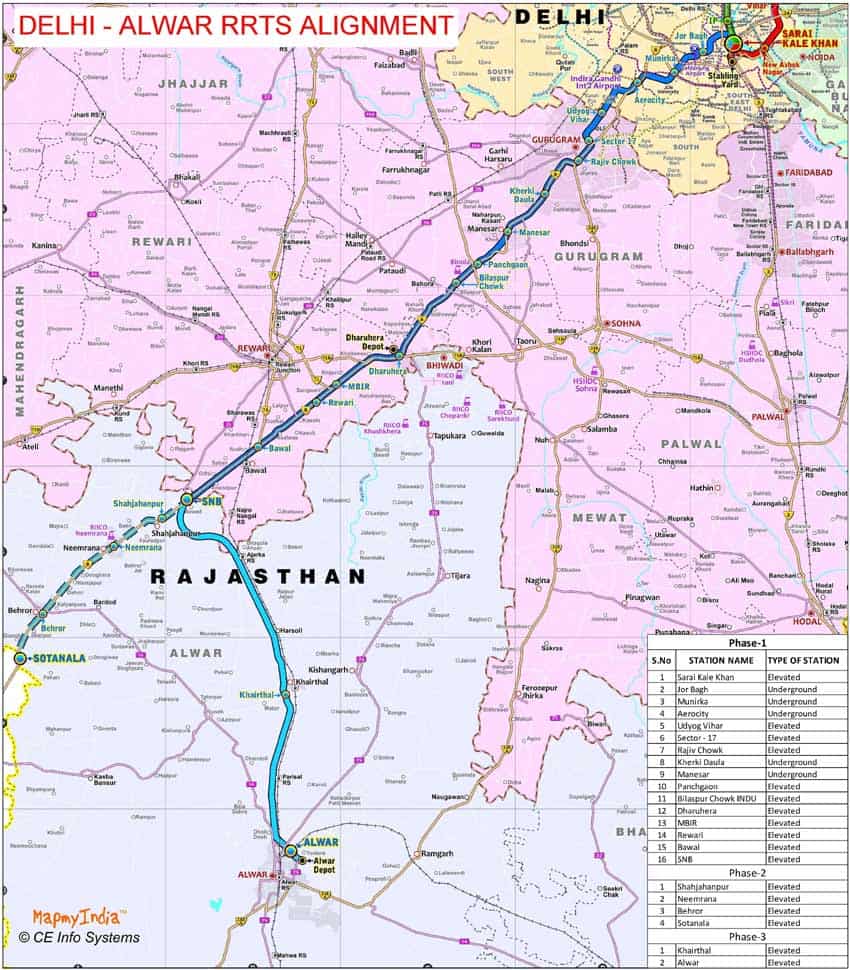 RRTS station - Mode of transport with which integration will be provided: