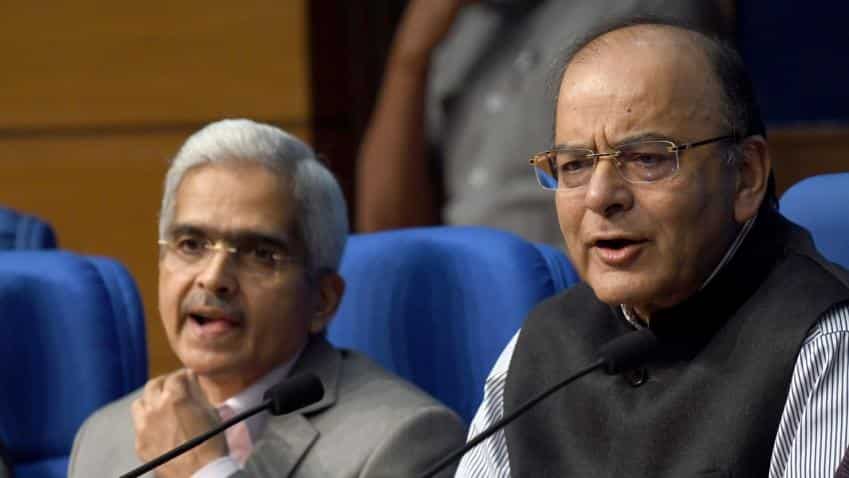 In a letter written to banks, the Finance Ministry asked that "maintenance of records regarding deposit of Specified Bank Note (SBN) and Non-SBN, as the case may be, is essential both in the bank record as well as the customers record. Image Source: IANS

To avoid any malpractices, the government on Sunday asked all public sector banks to strictly maintain record of deposits made through both old Rs 500 and Rs 1,000 notes and other valid currencies.

In a letter written to chief executive officers of public sector banks, the Finance Ministry asked that "maintenance of records regarding deposit of Specified Bank Note (SBN) and Non-SBN, as the case may be, is essential both in the bank record as well as the customers record.

"The letter addressed to all the Managing Directors of state-owned banks and Chairman of Indian Banks' Association (IBA), the Department of Financial Services directed them consider this on urgent basis and send action taken report in this regard by December 16.

"This must be followed scrupulously and any deviation in this regard has to be prevented and if noticed, dealt with firmly and immediately," it said.

Though most banks providing correct information to the customers yet to ensure that it is done in 100% of cases without fail, all the bank branches in the country be alerted to reflect correctly the cash deposit in old and new currency and inform the customers about the same, it said.

The Ministry also asked banks to educate the public, by displaying a prominent sign (including in the local language) in their respective branches requesting their customers to fill up deposit slips clearly indicating old and new currency and the denomination of the notes.

According to the Reserve Bank of India(RBI), nearly Rs 12 lakh crore out of Rs 15.4 lakh crore of old high denomination currency notes have come back to banking system since Prime Minister Narendra Modi scrapped the legal tender of of Rs 500 and Rs 1,000 notes from mid-night of November 8 to fight the menace of black money.

The Ministry also appreciated the role played by the banks post-demonetisation especially when the old currency was accepted and till November 24, when exchange of old currency to specified limit was also permitted.