Jaitley stressed that his ministry and the RBI share a very "mature relationship". 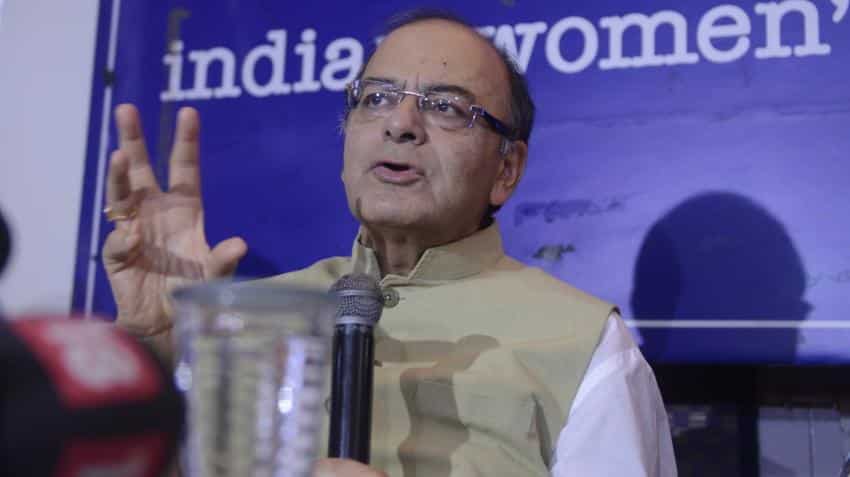 Jaitley said the ability of the banks to lend was critical for growth. Photo: IANS
RELATED NEWS

Finance Minister Arun Jaitley on Monday said the banks have reached the peak of non-performing assets (NPAs) and now the "tapering process" is likely.

"Once the sectoral balance sheet of banks improves, this will start tapering down. The peaks of NPAs have been reached," Jaitley said in a media event at the Indian Women`s Press Corps (IWPC) here.

"The consequential impact of sectors like sugar, steel, power on the balance sheets of banks in coming quarters ... these could be positive and could add to the growth," he said.

Talking about the rising NPAs, Jaitley said at least transparency has been achieved in the balance sheets of the banks and their actual position is out. Emphasising that India was growing despite the global slowdown, Jaitley said the ability of the banks to lend was critical for growth.

"You get peak growth rate when global growth is behind you. On the contrary, there are hostile headwinds from the world, then to touch the peak rates of growth is extremely difficult," he said.

Jaitley said that along with a slowdown in world economy, oil prices have been plummeting and to add to it, two seasons of bad monsoon is a crisis.

"We are at the fag end of the stressed period. The predictions of the monsoon this year is good which has the capacity to push up the rural demand. So far indications are that it is possible," he said.

Meanwhile, commenting on the patchy relationship between Reserve Bank of India (RBI) Governor Raghuram Rajan and the finance ministry, Jaitley said: "I don`t think so far as this relationship is concerned, what appears in the media, you should give much credence to."

Jaitley stressed that his ministry and the RBI share a very "mature relationship".

"There is an institutional relationship between the two. We, the two institutions, have discussions and each other`s view is considered between us," Jaitley said.

When asked if Rajan`s term at RBI will be extended, Jaitley said: "These are not the issues that we discuss through the media."