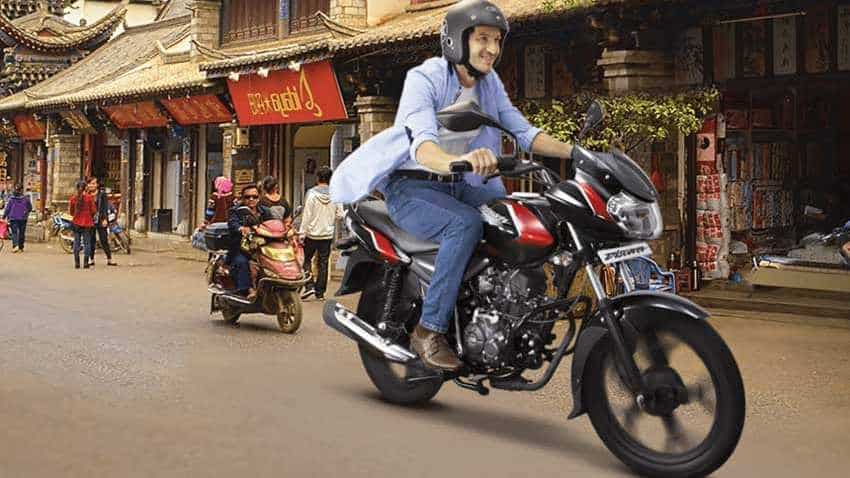 Bajaj Discover 110: The older version of the bike was priced at Rs 52,710 while that with new safety feature is costlier by Rs 564.
Written By: ZeeBiz WebTeam
RELATED NEWS

Bajaj has launched its Discover 110 with Combi-Brake System (CBS) or 'Anti Skid Technology'. The automaker has launched the 2019 model ahead of the 1 April deadline making it mandatory of having ABS/CBS in all two-wheelers. The Bajaj Discover 110 CBS has been priced at Rs 53,275. As per reports, Bajaj is accepting booking for the model for Rs 1,000.

Except for the braking system, there aren't any new changes reported in the motorcycle. Its engine specification remains same at 115.45cc single-cylinder motor with the capability of making 8.6PS of power and 9.81Nm of torque.

The older version of the bike was priced at Rs 52,710 while that with new safety feature is costlier by Rs 564. Various reports said that Bajaj will continue to sell the existing model until stocks last or till April 1. The delivery is expected within two-week of the booking.

The automaker has been rolling out the CBS and ABS-equipped models to comply with new regulations. Bajaj Discover 110 was launched alongside the new Discover 125 in 2018. The competitors of the bikes are TVS Victor, Honda Living, Hero Splendor, and Hero Passion among others.