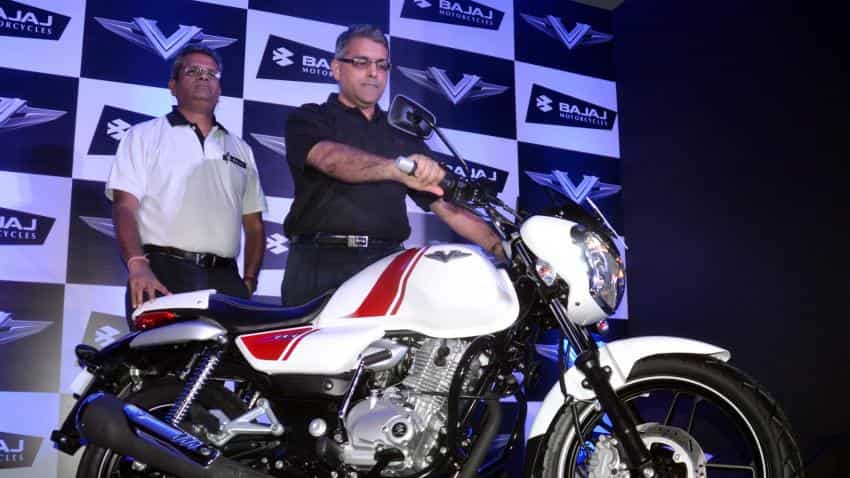 Eyeing 25% share in the Indian motorcycle market, Pune-based Bajaj Auto will invest Rs 575 crore this fiscal, a major chunk of which will be used for launch of new products.

The company, which is currently strong in the entry-level and top-end performance segment of the bike market, is looking to strengthen presence in the mid-executive segment dominated by market leader Hero MotoCorp.

"The capital expenditure for this fiscal will be around Rs 575 crore. This will be mostly for launching new products and requisite toolings," Bajaj Auto President (Business Development and Assurance) S Ravikumar told PTI.

When asked about the new product launch programme, he said, "We are planning to launch an upgrade for the Platina (entry-level model) and a totally new Pulsar at the top-end in the next quarter."

Ravikumar, however, declined to share more details on the launch of new models for the rest of the year but stated that the company has plans for the mid-segment of the market.

"We are strong in the entry-level and the top-end, which account for 40% of the market, but we need to do more in the mid-segment," he said.

"The mid-segment is difficult. We have the new V15 and Discover range in the segment and we are definitely taking steps to strengthen our presence there too," Ravikumar said.

Sharing the company's ambitions, he said, "Currently, we have a market share of 20% in the domestic motorcycle market. In December and January, it was around 15%. So our focus on delivering good products has worked despite challenging conditions and we are looking at a market share of 24-25% by the end of this fiscal."

On the overall sales target, he said Bajaj Auto is targeting to sell 46 lakh units of two and three wheelers combined this fiscal, up from 39 lakh units in the previous fiscal.

"Out of the total target for FY17, we are looking at 3 million units in the domestic market and 1.6 million from exports," Ravikumar added.

"Exports have been a challenge due to currency fluctuations and economic slowdown in our international markets but it is slowly looking up. For instance, in Nigeria retail has picked up again and we had orders worth 21,000 units in April," he said.

The company exported 1.45 lakh units in total in May, he added.