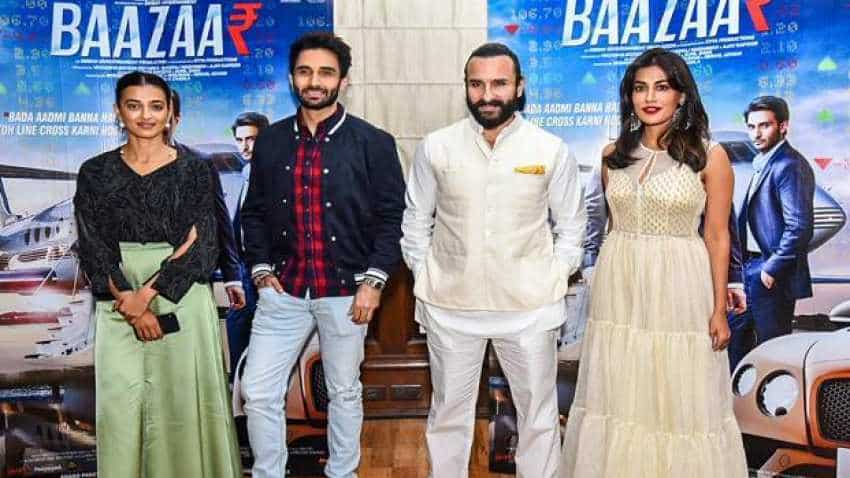 “Baazaar had an extremely poor start in the morning shows, but picked up pace during the course of the day... Has fared much better than the recent Saif Ali Khan starrers... Mumbai circuit is driving the biz... Fri 3.07 cr. India biz,” Adarsh tweeted. Saif's other recent films like Happy Ending, Rangoon, Chef and Kaalakandi could not make much at the box office - Baazaar, in fact is performing much better than his recent releases.

Badhaai Ho, however, was unaffected by the plethora of new releases. It remained the first choice of moviegoers. North circuits are contributing enormously to its super score, Adarsh said.  BadhaaiHo will cruise past Rs 80 cr mark today, as the second Saturday witnessed 91.18 percent growth, Adarsh said in a tweet.

Question is, will it join the ₹ 100 cr Club? Much depends on how strong it trends till DiwaliOn Friday, the movie collected Rs 3.40 cr, and Saturday Rs 6.50 cr, making a total of Rs 76 cr in India India business.