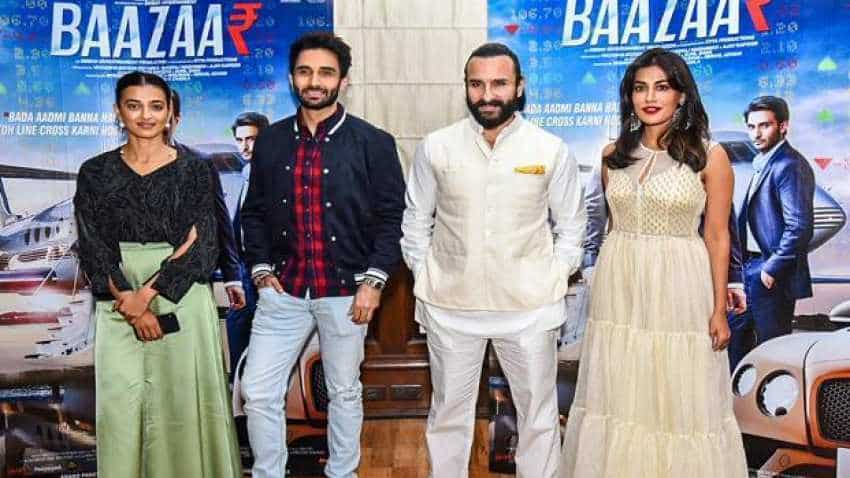 Baazaar box office collection: By the end of the first week, the movie had earned Rs 18.05 cr. Image source: PTI

Baazaar box office collection: Saif Ali Khan's crime-drama film has managed to earn Rs 22.52 crore in India business. The film  is struggling at the box office. The film did good enough business in the first weekend, however, later on it saw a significant dip. By the end of the first week, the movie had earned Rs 18.05 cr.

The movie features Saif Ali Khan, Gauravv K Chawla, Chitrangda Singh and Radhika Apte. During the festive week, the movie may see some additions to footfalls. The movie has received mixed reactions from the critics and audience.

However, there is challenge ahead, as big-budget movie Thugs of Hindostan is going to be released on November 8.  Aamir Khan and Amitabh Bachchan starrer movie is expected to earn very well at the box office. Analysts expect that the movie is going to earn as much as Rs 150 cr by the first weekend.

Therefore, it remains to be seen how Saif Ali Khan movie sails against this big budget movie.