Are you planning to watch Marvel Comics' latest movie Avengers: Endgame this weekend? 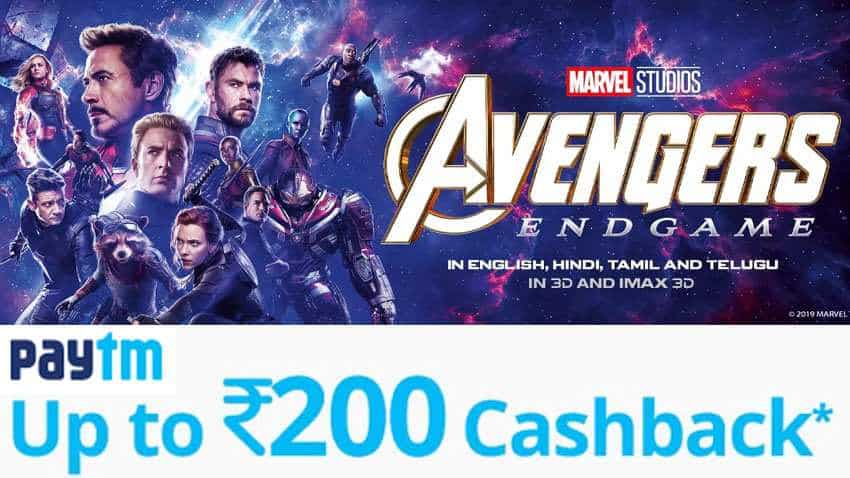 Did you know that if you book Avengers: Endgame tickets through Paytm app, then you can get up to Rs 200 cashback?
Written By: ZeeBiz WebTeam
RELATED NEWS

Marvel Comics' highly-anticipated superhero film Avengers: Endgame is witnessing humongous response from cinema lovers in India. Reportedly, BookMyShow has witnessed a record advance ticket sale with one million tickets sold in just over a day. BookMyShow witnessed a peak of 18 tickets per second, even before the film releases in cinemas on April 26 in India in English, Hindi, Tamil and Telugu.

According to media reports, the interest has been exceptionally high in metropolitan cities like Delhi and Mumbai.