Avengers: Endgame: 5 massive numbers you should know before watching the film

The wait is over and Marvel's Avengers: Endgame has finally hit the theatres on Friday morning, with shows starting as early as midnight in India, something never seen before. The country is witnessing an unprecedented fandom moment, giving tough competition to even Rajinikanth and Kamal Haasan releases. 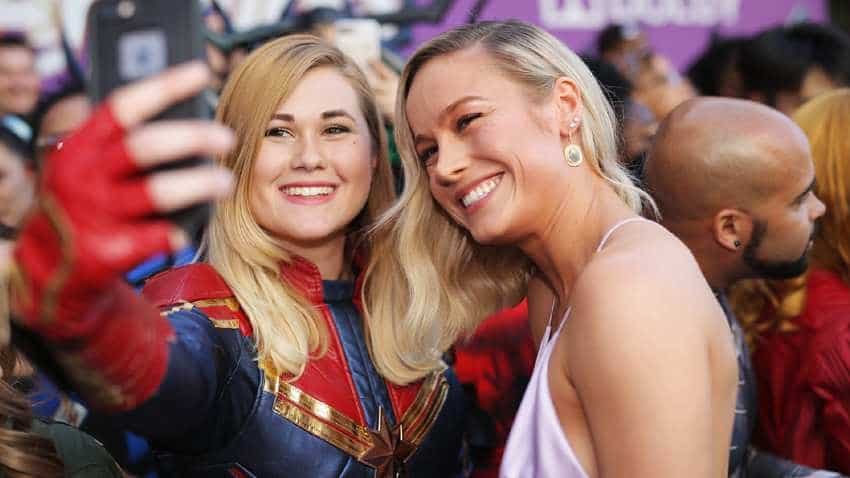 The wait is over and Marvel's Avengers: Endgame has finally hit the theatres on Friday morning, with shows starting as early as midnight in India, something never seen before. The country is witnessing an unprecedented fandom moment, giving tough competition to even Rajinikanth and Kamal Haasan releases. The climax to the decade long saga was highly-awaited across the globe and early reviews suggest that it has lived up to the expectations. Film critic and trade analyst Taran Adarsh tweeted that Avengers: Endgame exceeds all the humongous expectations made so far and fans should be ready to see a tsunami at the box office.

"#OneWordReview…#AvengersEndgame: MARVEL-OUS. Rating: ⭐️⭐️⭐️⭐️⭐️The hugely-anticipated film exceeds the humongous expectations... Emotional, humorous, lots and lots of surprises in store... Get ready for a Tsunami at the Boxoffice. #AvengersEndgameReview," he tweeted. Meanwhile entertainment industry tracker Ramesh Bala tweeted that the film has got off to a record start in India on Friday. #AvengersEndgame off to a record start in #India Friday morning FDFS..Also, a record Thursday Previews in North America..," he tweeted.

While the Marvel fans know their superheros and franchise, here are a few numbers they might have missed and should know before entering the theatres.

This is the number of tickets sold per second by India's main ticket trader BookMyShow on its platform. Ashish Saksena, chief operating officer of BookMyShow said that the demand for the film has been so high that some cinemas are planning round the clock screenings and they "are doing everything possible to match fans' demand for the film".

All the Marvel Cinematic Universe films released so far have earned a combined $19 billion globally. None of the films of the MCU have failed at the box office, most setting new benchmark. Avengers: Endgame is releasing in multiple languages across India including English, Hindi, Tamil, and Telugu. Trade pundits have said the three-hour epic could become the first billion-dollar opening weekend in history.

This is the 22nd film of the Marvel Cinematic Universe. The first film in the series was Iron Man which had released in 2008 and the last was Captain Marvel which released last month. The kind of reception Endgame is getting, it can beat the record of Baahubali 2 which notched up 3.3 million advance sales and went on to become the highest-grossing Indian movie, earning $156 million worldwide.

Avengers: Endgame is releasing on around 2600 screens in India. This could be the only hurdle for the film as most Indian movies getting over 4000 screens. Baahubali 2 had released on around 7000 screens while Thugs of Hindostan had got 5000 screens. The run-time of Endgame is three hours and six minutes.

According to Fandango, as of Thursday afternoon some 8,000 Endgame showtimes around in the United States were already sold out. This has forced the theatres to add new shows and screens for the insane level of demand. The numbers suggest that Endgame could easily register the biggest global opening ever.