As per IANS report, one MoU was signed on cooperation in fighting international terrorism and organised crime. 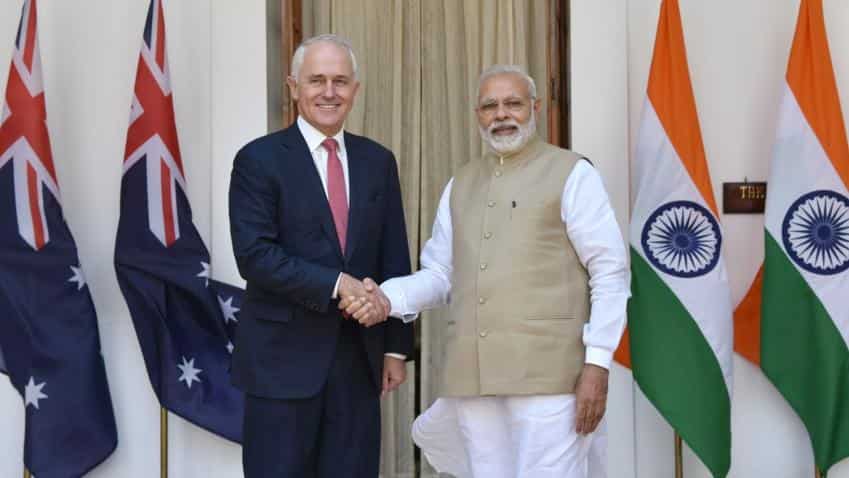 Another MoU was signed on cooperation in the field of sports. Photo: IANS
Written By: ZeeBiz WebTeam
RELATED NEWS

Malcolm Turnbull, Prime Minister of Australia, on Monday said that talks with India on trade pact not as fast as desired. Thus, it has put the free trade agreement on the backburner, a media report said.

On Sunday, Turnbull arrived in India for four-day visit. He is here to hold talks with his Indian counterpart Narendra Modi to boost ties in key areas including defence, security, energy and trade.

According to an Australian media report, Turnbull said that it has put the trade deal on the backburner in favour of a larger deals that involves China as well. He mentioned that the aggreement with India will be a long process.

While addressing media in Delhi, Turnbull was quoted in the report stating, "It will take time but the important thing is to persevere. Prime Minister Modi and I are committed to continuing work on that but I think we've got to be realistic about timing."

Today, both the countries signed six memorandums of understandings (MOUs) which included cooperation in fighting international terrorism and on civil aviation security, followed by delegation-level bilateral talks headed by Modi.