An extra Rs 1,000 crore worth of currency notes has been sanctioned for Bihar and Jharkhand to tackle the crunch, Kumar said, adding there was no shortage of currency in the system. 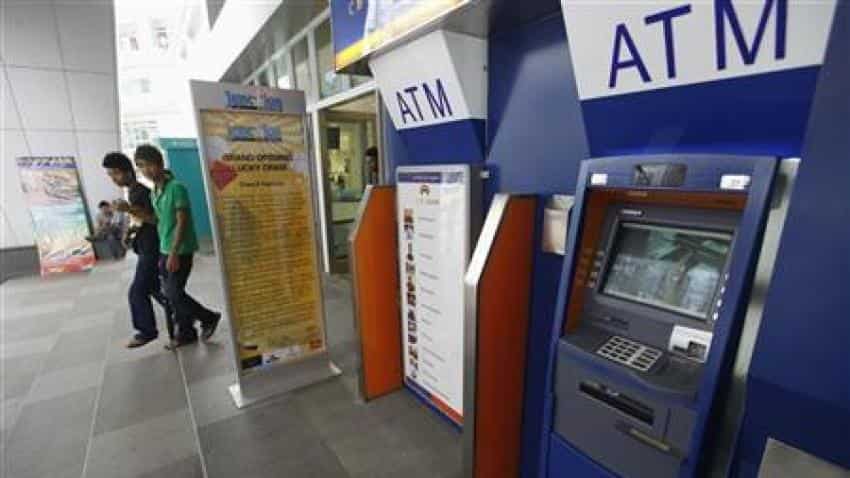 The cash demand had more than doubled to Rs 45,000 crore in the last 15-30 days. Image source: Reuters
Written By: ZeeBiz WebTeam
RELATED NEWS

Amid reports of ATMs running dry in some states, the Finance Ministry on Thursday claimed that 86% of ATMs in the country are dispensing cash, except in a few states. Till Tuesday, only 62% of the country’s 2.2 lakh ATMs were dispensing cash. However, in Bihar, Jharkhand and Telangana, only 65-67% of the ATMs are properly functioning. On a normal day about 88% of ATMs should work.

People from about half-a-dozen states, including Karnataka, Andhra Pradesh, Telangana, Bihar, Uttar Pradesh and Jharkhand, have been complaining about ATMs running out of cash. “The situation in Bihar, Jharkhand and Telangana will improve in the next two to three days. In rest of the affected areas the situation is normal,” financial services secretary Rajiv Kumar told DNA Money.

An extra Rs 1,000 crore worth of currency notes has been sanctioned for Bihar and Jharkhand to tackle the crunch, Kumar said, adding there was no shortage of currency in the system.

State Bank of India (SBI) chairman Rajnish Kumar said, “We are hoping that the problem will be resolved by Friday. Cash is in transition in these states.”

He said that the cash crunch situation is not uniform, and is limited mainly to Bihar, Jharkhand and Telangana.

“The daily deposits and withdrawals have almost become even. The availability of cash in the system has improved as transactions are taking place both in and out of the banks,” a government source said.

Earlier, there was a huge gap between the two.

The deposit-withdrawal mismatch has come down to around Rs 2,000 crore in the last 1-2 days. Earlier, it was as high as 100% in some states.

However, the government is yet to ascertain the exact reasons behind the sudden jump in the demand.

The rumours doing rounds include that the Financial Resolution and Deposit Insurance Bill may also have contributed to the hoarding of cash, particularly high value notes of Rs 2,000, a government source said. The I-T Department is investigating if the hoarding is linked to Karnataka elections. The shortage of cash has been blamed on the insufficient availability of Rs 2,000 notes. Taxman is probing the large withdrawals made by people in the last one month to know if the high-value notes are being hoarded. Raids have been conducted in Karnataka and Andhra Pradesh.