Reinvigorating industrial growth, increasing credit growth, consolidation in the banking sector and funding the unfunded would also be part of the 100-day agenda, the sources said. 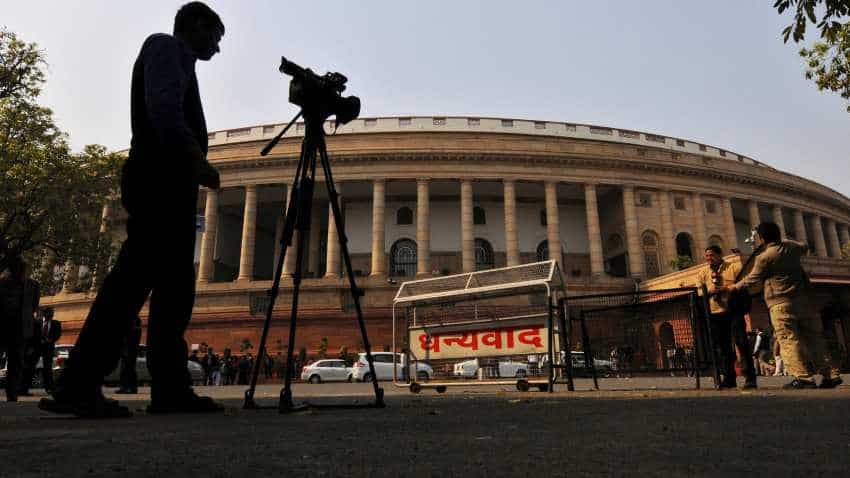 It is to be noted industrial output growth slowed to a 20-month low of 0.1 per cent in February, mainly due to contraction in the manufacturing sector. Image source: Reuters

With the Lok Sabha election process coming to an end, the finance ministry has prepared 100-day agenda for the new government with an aim to push the economy which has slipped to 6.6 per cent in the third quarter of 2018-19. Among other things, the agenda is likely to focus on increasing private investment, employment generation and giving relief to the farm sector, sources said. Besides, the agenda also include improving direct and indirect tax collection. Simplification of tax procedure especially with regards to the goods and services tax is also on the cards.

As announced in the interim Budget, the decision with regard to changes in tax slab or tax rate as far as income tax is concerned could be taken in the final Budget for 2019-20 probably in July. The Prime Minister's Office had asked all ministries and departments to prepare 100-day agenda for the new government which is likely to take office in the next few days.

Reinvigorating industrial growth, increasing credit growth, consolidation in the banking sector and funding the unfunded would also be part of the 100-day agenda, the sources said.

There would be emphasis on raising corporate governance in the banking sector including a more diversified board structure.

The finance ministry in the process of further improving its EASE (Enhanced Access and Service Excellence) focusing on six themes of customer responsiveness, responsible banking, credit off take, PSBs as Udyami Mitra, deepening financial inclusion and digitalisation and developing personnel for brand of public sector banks.

It is to be noted industrial output growth slowed to a 20-month low of 0.1 per cent in February, mainly due to contraction in the manufacturing sector.

Factory output, as measured in terms of the Index of Industrial Production (IIP), had grown by 6.9 per cent in February 2018, according to data released by the Central Statistics Office (CSO).

During April-February 2018-19, industrial output grew at 4 per cent as against 4.3 per cent in the corresponding period of the previous fiscal.

The domestic sales declined for sixth straight month in April to 2,47,541 units against 2,98,504 units in the year-ago month. It is the worst dip in passenger vehicle sales since October 2011 when sales had dropped by 19.87 per cent.

All major segments, including two-wheelers and commercial vehicles, witnessed a decline in sales in April, according to data released by the Society of Indian Automobile Manufacturers (SIAM).

Various experts have pointed out the new government should take on the challenge of introducing reforms in areas including land and labour in order to push economic growth.

According to the interim Budget 2019-20, the government has pegged fiscal deficit target of 3.4 per cent for the current fiscal year ending March 31.

Deviating from the path laid down in the Fiscal Responsibility and Budget Management (FRBM) Act, the government has pegged the fiscal deficit for the next financial year at 3.4 per cent of GDP, as against the original target of 3.1 per cent.