Arun Jaitley passed away today at AIIMS in New Delhi at the age of 66. 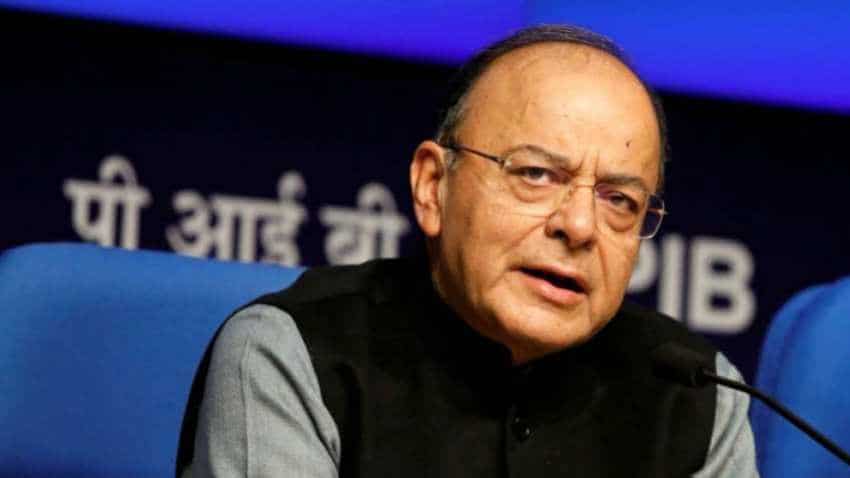 "It is with profound grief that we inform about the sad demise of Shri Arun Jaitley, Hon'ble Member of Parliament & Former Finance Minister, Government of India at 12:07 pm on 24. August, 2019. Shri Arun Jaitley was admitted in AIIMS, New Delhi on 09/08/2019 and was treated by a multidisciplinary team of senior Doctors," AIIMS said in an official statement. 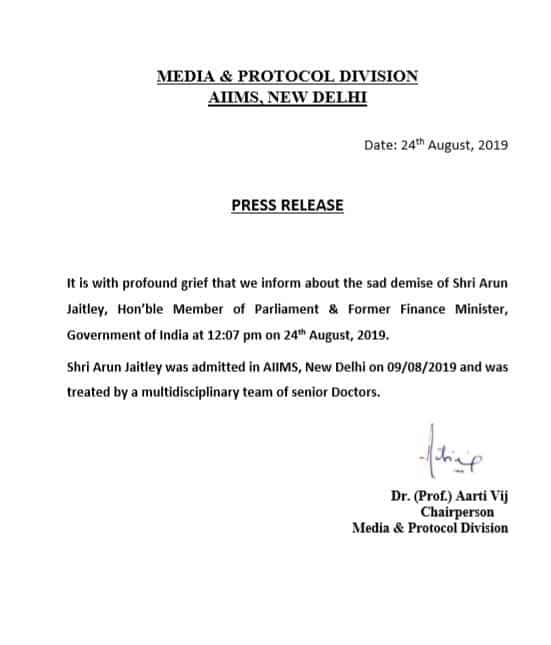 Following the news of sad demise of Jaitley, Home Minister Amit Shah has cut short his visit to Hyderabad, and is returning to Delhi, news agency ANI reported.