RBI's repo and reverse repo rates are kept unchanged at 6.25%  and 5.75% respectively, where it has been since October 2016. Marginal standing facility (MSF) rate and bank rate at 6.75% each. 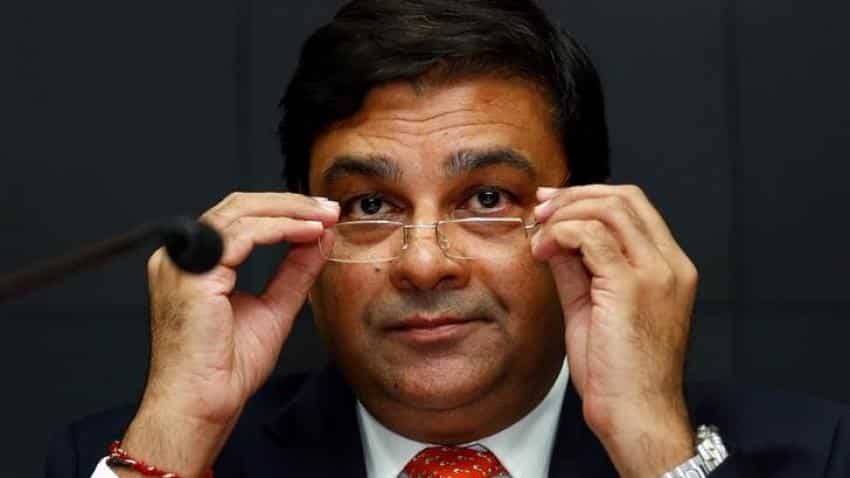 Analysts once again expect a status quo from RBI after shifting their stance to neutral from accomodative in February 2017. Photo: Reuters
Written By: ZeeBiz WebTeam
RELATED NEWS

Analysts once again expect a status quo from RBI after shifting their stance to neutral from accomodative in February 2017.

RBI's repo and reverse repo rates are kept unchanged at 6.25%  and 5.75% respectively, where it has been since October 2016. Marginal standing facility (MSF) rate and bank rate at 6.75% each.

As per second advance estimates, India's gross domestic product (GDP) growth has declined to 7% in 2016-17 compared to 7.93% growth recorded in the similar period of previous fiscal (FY16).

Decline in GDP is caused by PM Narendra Modi's demonetisation drive which has impacted cash-driven sectors like construction, real estate, agriculture and manufacturing.

As per Ministry of Statistics and Programme Implementation (MOSPI), CPI inflation rose for the first time in seven months to 3.65% in February 2017, compared to 3.17% of January 2017, led by increase in food inflation as prices in sugar, milk & milk products, fruits and meat product saw rise.

Also, rise in fuel, metal and oil prices is expected to haunt the performance of CPI further. Care Ratings said, “Prices of global commodities have come off their lows with metal prices (aluminum, copper and zinc) firming up. Growing expectations of OPEC members extending the oil production cuts has been exerting further upward pressure on oil prices.”

WPI rose to a 4 year high in February’17, on the back of increase in prices of fuel and manufactured products.

Care Ratings said, "There had also been a firming up of food prices. Fuel inflation was higher mainly on account of global crude oil prices rising up post the OPEC’s supply cuts."

After contracting to a four-month low of 0.4% in December, the IIP numbers reversed the negative growth and stood at 2.74% in January 2017 aided by positive growth in manufacturing sector and favorable base effect.

Demonetisation pushed deposits into the banking system so much so that it has recorded double digit growth.

Where deposit soared to another level in FY17, banks credit growth came down to a multi-year lows. 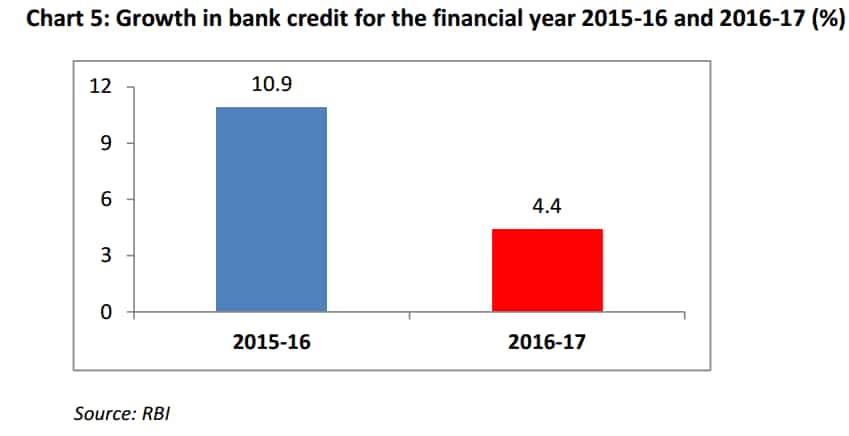 In FY17, banks credit growth decelerated to 4.4% versus 10.9% growth of FY16. This was hampered by demonetisation, weak working capital demand and delay in pick-up of investment cycle.

Growth in money supply have dropped to single-digit at 7% in FY17 from 10% growth of FY16 on demonetization reducing the currency circulation in the economy. 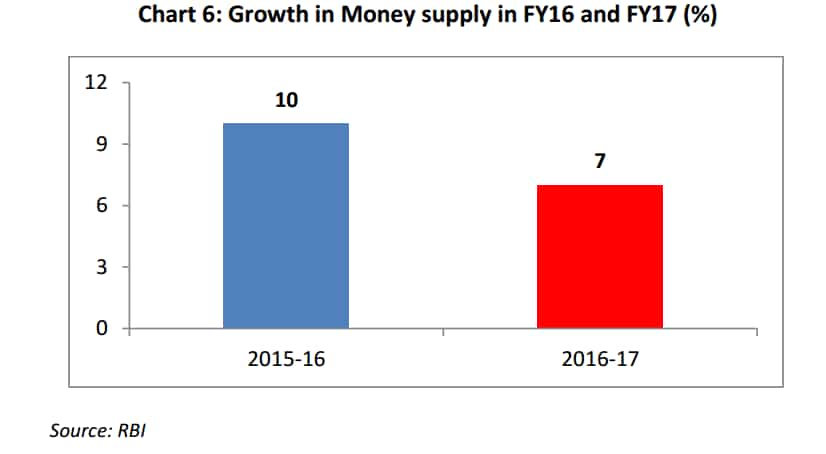 During last two months of FY17,  10-year GSec yields has declined from 6.86% to 6.65% . Such decline can be attributed to increased demand for GSecs from domestic and foreign investors.

Domestic demand is being driven largely by banks who are flushed with liquidity post demonetization .There has been a surge in foreign inflows since Feb into the debt segment on the back of improving sentiments about the domestic economy.

INR has outperformed its Asian peers in last three months as foreign portfolio continue to increase. 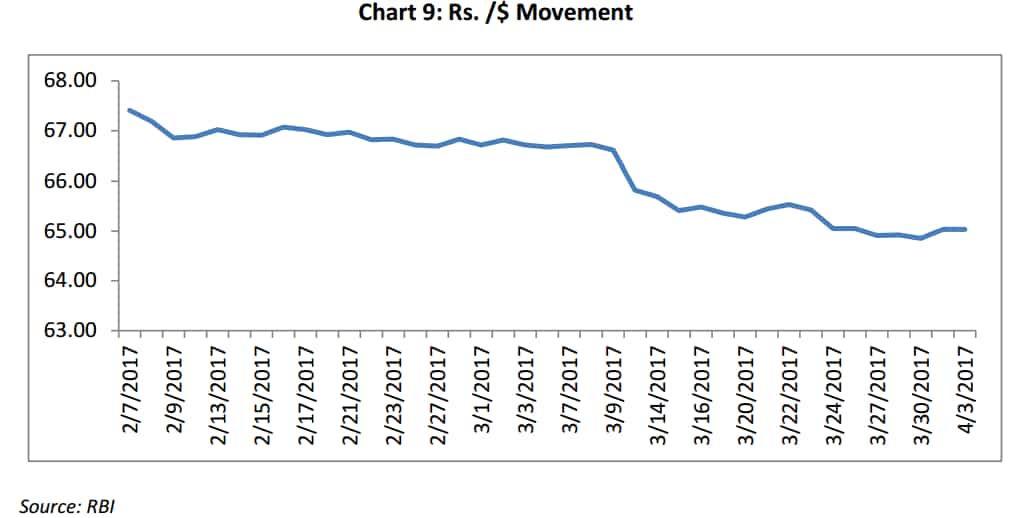 Rupee's performance has been an outcome of improvement in macroeconomic factors like decline in current account deficit (CAD), higher levels of foreign reserves and lower inflation. A part of the appreciation-level was also added by PM Narendra Modi's BJP government win in State Elections 2017 and US Federal Reserve 25 basis point rate hike which weakened dollar index further.

Lastly Care Ratings said, "A call on the following is also expected from RBI - change in GDP growth forecast for FY17, indications of growth for GDP in FY18, currency infused in system post demonetization, old notes returned to the system and other particulars and some direction on the resolution of NPAs.