The countdown for Akshay Kumar and Rajinikanth-starrer 2.0 has began. The hype around the movie is tremendous and so are the expectations. Robot sequal 2.0 is all set to release in two days. 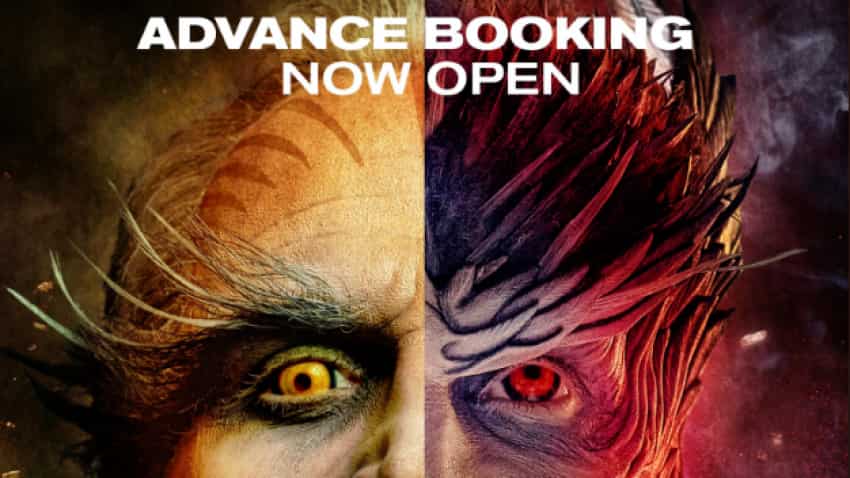 The countdown for Akshay Kumar and Rajinikanth-starrer 2.0 has began. The hype around the movie is tremendous and so are the expectations. Robot sequal 2.0 is all set to release in two days. The online ticket windows for the movie have been opened. If you want to watch the movie you can either book through bookmyshow.com. However, if you book the 2.0 ticket through Paytm, then you may get 50 percent cashback or up to Rs 150 on tickets, Paytm Entertainment said on its Twitter handle.

"Watch @akshaykumar say #PaytmKaro! Book @2Point0movie tickets on Paytm and get 50% Cashback* up to ₹150. Use code: ROBO150. #2Point0, Paytm Entertainment tweeted.
2.0 movie is being released in Hindi, Tamil and Telugu in 2D and 3D. The ticket price of the movie starts from Rs 118 and goes beyond Rs 1500. The movie revolves around a fight against a bird-like monster, a role essayed by Akshay Kumar - teaser on Twitter with an apt caption describes it well -  "Bring out your evil side with the #2Point0Filter! Try it now:."

A clip from the movie:

That the actor had to work hard is clear from the fact that it too some 3.5 hours just to put on makeup. The results of course, were quite astonishing, "definitely called for a selfie", he said. "Witness the transformation in 2 days! #2Point0FromNov29 #2Point0," the actor tweeted.
Rajinikanth plays the role of Dr. Vaseegaran who tries to reassemble robot Chitti to fight this evil.
"The countdown begins... The hype is tremendous... So are the expectations... Will it set new benchmarks at the BO?… #2Point0 #2Point0FromThursday," Taran Adarsh tweeted today.
There is a lot of hype around the movie since both Rajinikanth and Akshay Kumar are featured in the film and that is what is driving the expectation sky high.