2.0 box office collection: This Rajinikanth and Akshay Kumar movie is doing magnificently well at the BO and it has already broken many Bollywood and pan-India records. 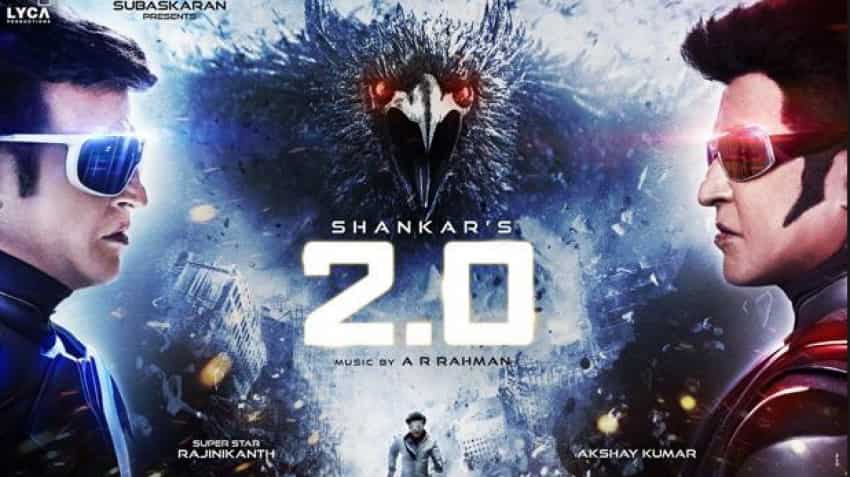 2.0 box office collection: This Rajinikanth and Akshay Kumar movie is doing magnificently well at the BO and it has already broken many Bollywood and pan-India records. 2.0 movie has inked a big record with its Hindi version entering the Rs 100-crore club. For Akshay Kumar, 2.0 can become his first film to achieve this huge collection mark in under a week's time.

From the 2.0 collection data, it is clear that the film is being very much appreciated by audience. 2.0 movie has already collected over Rs 400 cr worldwide. This amount includes collection from other language versions- Hindi, Tamil and Telugu. The Tamil version of 2.0 movie has done very well at the box office, clocking an amazing Rs 100 crore in two days.

The film is directed by S Shankar and it is reportedly made at a Rs 600 cr. The fim is appreciated by the audience for its visualisation as it is shot in 3D format. It

With numerous records under the belt, this sci-fi thriller is now termed as a blockbuster hit in Indian cinema. 2.0 is sequel to Rajinikanth film Enthiran, released in 2010. Cast of 2.0 includes, Rajinikanth, Akshay Kumar and Amy Jackson while A.R.Rahman composed the music.