2.0 box office collection: There is no slowing down Rajinikanth and Akshay Kumar film 2.0 (Hindi version), which has grossed Rs 177.75 cr for its Hindi version in India. 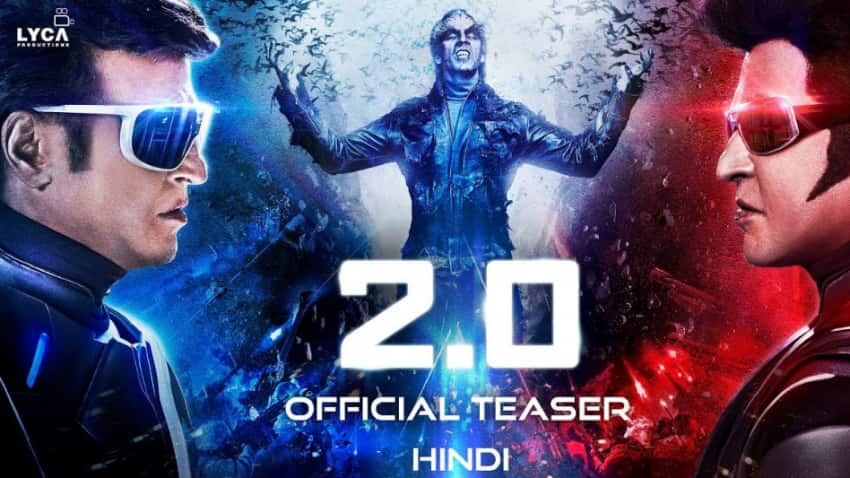 2.0 box office collection: There is no slowing down Rajinikanth and Akshay Kumar film 2.0 (Hindi version), which has grossed Rs 177.75 cr for its Hindi version in India. The film has already broken the record of Thugs of Hindostan, which starred Aamir Khan and Amitabh Bachchan.

2.0 movie earned Rs 139.75 cr in the first week, while its second week collections so far released has been Rs 38.00 cr. The movie was released in Tamil, Telugu, and Hindi. Besides that it was also dubbed in other foreign languages.

It has already surpassed the collection of Salman Khan starrer Race 3. It is now the third highest grosser of the year behind Padmaavat and Sanju. The big-budget film has collected than Rs 700 crore at the global box office in just 15 days of its release. The amount, however, is excluding big China release.

2.0 is sequel to Enthiran. In Enthiran, Rajinikanth acted as robot Chitti which could sense motion. Chitti fell in love with Sana, played by Aishwarya Rai.

In 2.0 Chitti is back with extra weaponry and no doubt the sound quality and visualisation of the sequel is extremely good. The movie has  received mixed reaction from the audience and critics.