2.0 box office collection: Robot Chitti, this time with more gun-power than ever before, seems to have succeeded in catching the attention of the Hindi audience too. 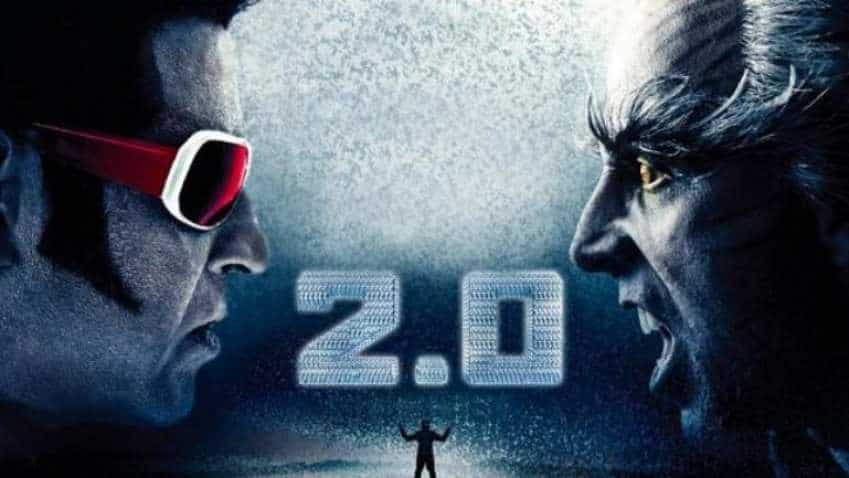 2.0 box office collection: Robot Chitti, this time with more gun-power than ever before, seems to have succeeded in catching the attention of the Hindi audience too. The sequel to blockbuster Robot is gaining traction at the box office. The Rajinikanth, Akshay Kumar film's Hindi version, according to Sumit Kadel, has earned a whopping Rs 33 crore on Sunday. This indicates that the audience is flocking to theatres to watch the movie, as it benefits from both positive reviews and favourable audience response.

2.0 earnings have gone up over the weekend and the best thing about it for Rajinikanth and Akshay Kumar is that it makes a rising graph . 2.0 collection on opening weekend for Hindi version was Rs 20.25 cr on first day on Thursday, Rs 18 cr on Friday, Rs 25 cr on Saturday and around Rs 30-31 crore on Sunday. 2.0 collection on opening weekend is therefore, Rs 93.25 cr.

"#2Point0 is a cinematic marvel... This has style with substance... Director Shankar is a visionary... He hits the ball out of the park this time... Akshay Kumar is FANTASTIC, while Rajinikanth is THE BOSS... SALUTE!," Taran Adarsh tweeted earlier.

The S Shankar directed film may earn much more in the coming weeks. However, it will be difficult for it to breach the Baahubali 2 collection record. Rajinikanth played the role of a robot called Chitti in 2.0 while Akshay Kumar plays the role of a naturalist who goes to extremes.