2.0 box office collection: Chitti is back with more number of guns this time with 2.0 hitting the theatres on Thursday. 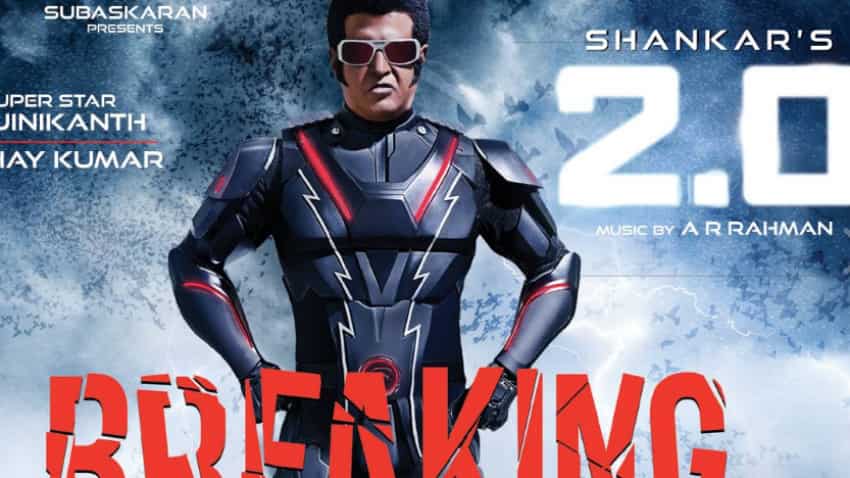 2.0 box office collection: Chitti is back with more number of guns this time with 2.0 hitting the theatres on Thursday. According to the latest statistics, the Akshay kumar, and Rajinikanth starrer's Hindi version has made Rs 62.75 crore so far, after it showed a better earning trend of 24.50 crore on Saturday.

The Sequal of Robot, which was released in 2010, where Rajinikanth played the role of a robot called Chitti, who falls in love with Sana, scientist Dr. Vasheekaran's girlfriend, played by Aishwarya Rai. As Saturday shows better collection, Sunday might also see more audience in theatres.

The movie could not reach the Baahubali 2: The Conclusion's Hindi version first day collection of Rs 41 cr. Movie 2.0 made only half of it, collecting Rs 20.25 cr. "2point0 Saturday- ₹ 24.50 cr nett (Hindi)," Sumit Kadel tweeted today.

S Shankar directed movie collection dropped on Day 2. It could manage to earn only Rs 18 cr. Baahubali 2 had earned more on the second day than that its first day collections.

However, the total collection of the big-budget movie in India in all versions had crossed Rs 100 cr by Friday itself.