While smartphones are now at the 50% of the mobile phone sales in India, with JioPhone's launch the feature phone market is expected to grow significantly in the next few quarters. 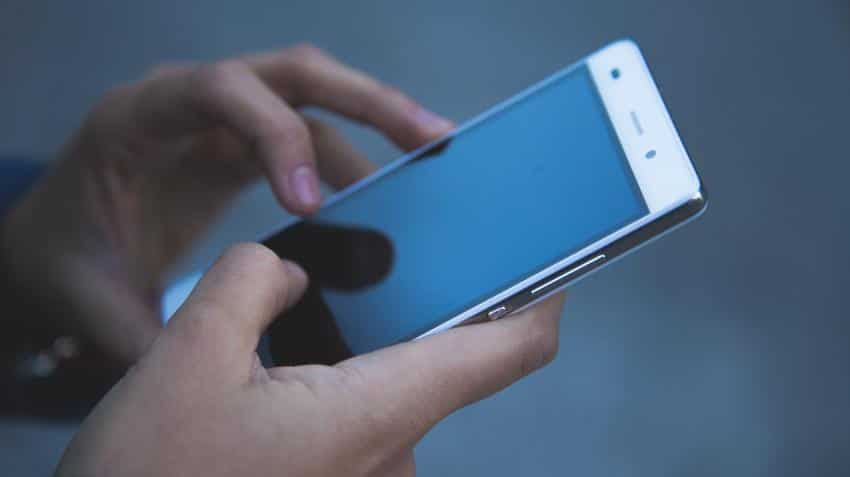 The LTE installed base of handsets crossed 150 million units in Q2 2017 in India. This is only behind to China and the US now and is estimated to surpass the US in next one year.

LTE capable smartphones contributed to 96% of smartphone shipments in Q2 2017. However, in terms of installed base almost half of the smartphones are still only 3G or 2G capable.

In terms of performance during the quarter, smartphone shipments in India grew by modest 4% YoY in Q2 2017.

Like China, the top five brands contributed to almost 70% of the total smartphone market. Although local brands grew during the quarter but are still unable to find their place among the top five smartphone players in third successive quarter, said the report.

Smartphone segment contributed to close to half of the total handset market in Q2 2017.

However, the featurephone segment still holding strong in India and now with the announcement of LTE based smart featurephone “JioPhone” by Reliance Jio, the report estimates that conversion from featurephones to smartphones is likely to slow down in short to mid-term.

Samsung remains the market leader in the handset shipment market with a 25.4% market share in Q2. It was followed by Itel with 10.2% and Xiaomi and Micromax with 7.2% and 7.1% market share, respectively. 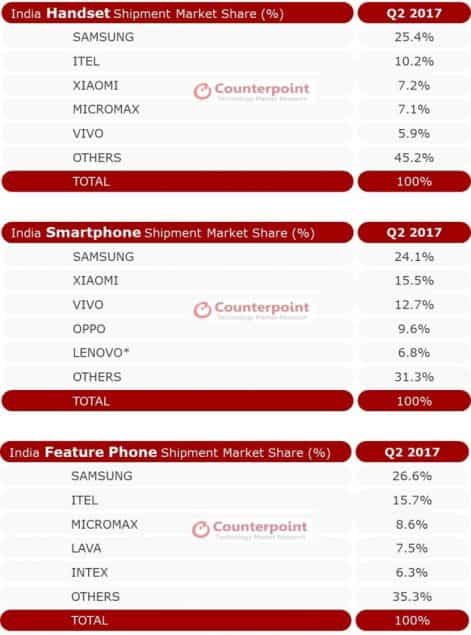 Karn Chauhan, Research Analyst at Counterpoint Research said, “Local brands did relatively well during the quarter after three quarters of lull but still have a significant task cut out to reclaim the market share back from rivals. Then again, Chinese players such as OPPO, vivo and Gionee continued to outspend their rivals during the quarter especially riding high on the IPL and Champions Trophy cricket tournaments. These brands also benefitted from a refreshed portfolio in the important Rs 10,000-20,000 segment”

Chauhan said, “Second quarter of the year normally sees an uptick in promotions and advertisement spend by the OEMs due to sporting events like IPL and cricketing events along with new seasons of TV shows. However, this time the promotions were extended both in offline and online channels as brands tried to clear the inventory ahead of GST (Goods and Services Tax) implementation from 1st of July.”

Shobhit Srivastava, Research Analyst at Counterpoint Research further added, “While GST remained the key talking points during the quarter as the growing domestic EMS (Electronics manufacturing services) players were also worried about the impact of GST on local manufacturing as all previous incentives were supposed to subside under new regime. This was later addressed with the implementation of 10% Basic Customs duty on imported mobile phones and certain components by the government.”

Srivastava, further added, “Although, shipments were impacted in anticipation of GST roll-out especially in June, retailers were quite hesitant in adding new stock into the channels during the last month even though there was some assurance from the OEMs to support pre-GST channel inventory clearance. Going forward, we estimate the market to jump back to double digit growth ahead of a festive season in 2H 2017.”