Apple posted strong growth in its third quarter as it posted a revenue of $45.4 billion, which was a 7% growth in Q3 as iPhone sales crossed 1.2 billion. 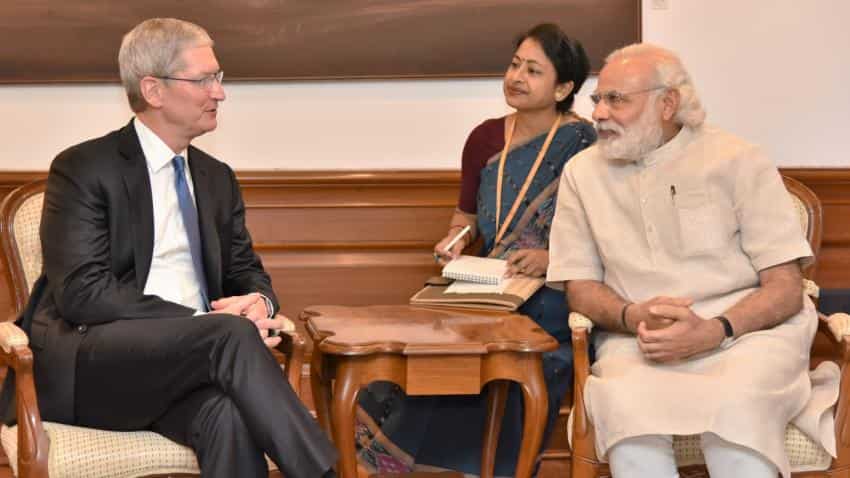 Apple also said that it has crossed a milestone as Apple iPhone sales crossed 1.2 billion during the quarter.

The company beat expectations as the April to June quarter is a seasonally soft quarter for the company, as this is the quarter before the launch in its fourth quarter. The market usually wait for the launch of the new Apple iPhone in September, postponing their buys.

This positive results in Q3 for Apple come's after months of lower than expected revenues in iPhone sales. With the 10th-anniversary of the iPhone coming up and the launch of the iPhone 8, the company may be looking at a good growth ahead.

“With revenue up 7% year-over-year, we’re happy to report our third consecutive quarter of accelerating growth and an all-time quarterly record for Services revenue,” said Tim Cook, Apple’s CEO. “We hosted an incredibly successful Worldwide Developers Conference in June, and we’re very excited about the advances in iOS, macOS, watchOS and tvOS coming this fall.”

Cook who has been bullish on India said that it will emerge as a major driver of volumes is causing an acceleration in its investment in the country.

While not giving exact figures of Apple's growth in India, Cook in the analyst conference call said that Apple had began to produce the iPhone SE there during the quarter, and they are really happy with how that is going. A reason why they are bringing all their energies to bear there.

He further said that there are a lot of similarities between India today and where China was just a few years ago. He said that he is bullish and optimistic about India.

He further said they can grow the units sold in India. “We don't predict it. The install base is still growing. We feel good about getting people to switch. Emerging markets -- we haven't even gotten started yet. Emerging markets excluding China was up 18%,” Cook said.

However, Apple's growth in China still continues to struggle as sales from the Greater China region fell by 9.5% to $8 billion during the quarter. Though the decline was smaller than recent quarters.

Apple has been in dialogue with Indian government officials for granting of subsidies for setting up its full fledged manufacturing and not just iPhone assembly for over a year now. However, this has been going a bit slow in India as it has yet to give it tax concessions of import duties of equipment.

Apple currently has just 2-3% of India's overall smartphones market share and has a long way to go before convincing people in India to buy the latest iPhone every year. The main issue with the Apple iPhone is the high level it is priced at in India.