Apple has been highlighting the increasing amount of money it brings in selling digital content and services to people using its popular devices. 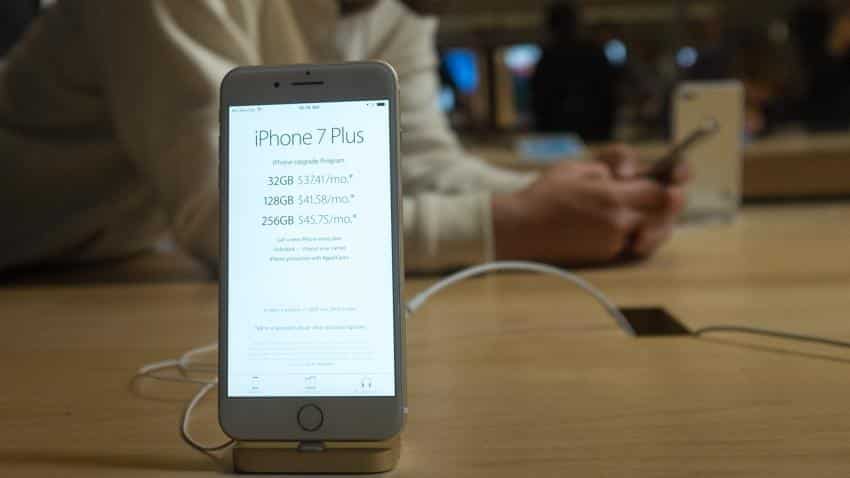 Apple has reported stronger- than-expected results for the past quarter, with higher revenues and profits, delivering a boost to its share price. Profit climbed 12 per cent to USD 8.7 billion, and revenue rose per cent to USD 45.4 billion, with the California-based company selling 41 million iPhones in the fiscal third quarter to July 1.

Shares rose more than five per cent to USD 158.12 in after-market trades that followed released of the earnings report.

Apple has been highlighting the increasing amount of money it brings in selling digital content and services to people using its popular devices. The move is seen by some as an effort to assure investors that the company's fortunes doesn't rest solely on sales of iPhones, which have been its main revenue driver.

Apple also highlighted that 61 per cent of the revenue in the quarter came from outside the United States. However, revenue in the important China market slipped 10 per cent from a year earlier to slightly more than USD 8 billion.

"We reported unit and revenue growth in all our product categories in the June quarter, driving 17 per cent growth in earnings per share," Apple chief financial officer Luca Maestri said in the release.

Apple also announced a dividend of 63 cents per share to be paid on August 17. The quarterly update for the world's most valuable company showed it was able to keep positive momentum even as some consumers waited for the anticipated 10th anniversary iPhone expected later this year.

But Apple still faces pressure with an increasingly competitive smartphone market dominated by Samsung and others using the Google Android operating system.

Apple is seeking to diversify its product line with the Apple Watch, digital content and other services but the iPhone accounted for more than 60 per cent of revenue in the past quarter.

Moorhead said Apple posted "stellar" gains in product revenue of 22 per cent and managed positive results in all regions except China.

"What matters most is how competitive (Apple is) and the timing for the iPhone 8," Moorhead said.