The new merit-based immigration policy will favour those individuals who can speak English and have high educational qualifications. 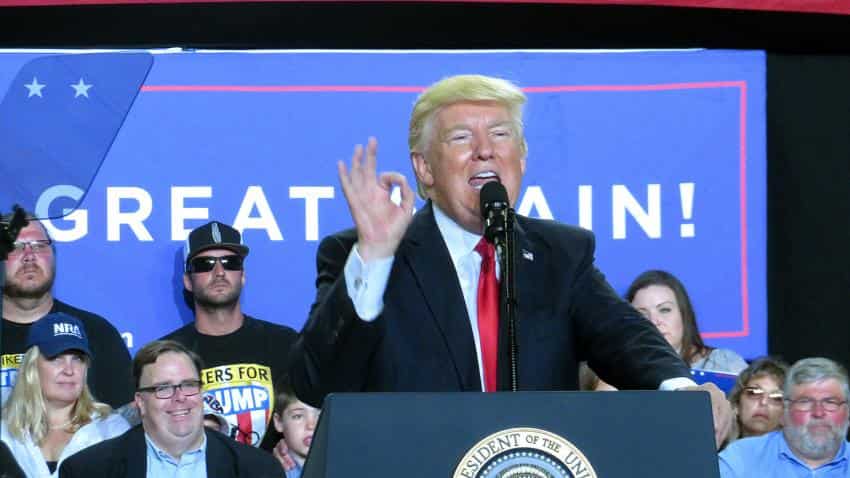 The US President Donald Trump on Thursday announced the introduction of a new legislation on immigration called the Reforming American Immigration for Strong Employment (RAISE) Act. This new regulation, if passed by the US Congress, would cut look to cut the number of legal immigrants entering the US by half in 10 years.

While the Indian IT industry has been fearing the new legislation as the Trump administration had accused Indian IT companies of misusing the H-1B visa lottery system, there seems to be a silver lining to this new legislation by the US.

One of the key focus areas of this new merit-based immigration policy will be on favoring English-speaking skilled workers for residency cards.

Factors that would be taken into account include English language skills, education, high-paying job offers and age, said a PTI report.

The RAISE Act proposes that a point-based system for earning green cards such as that followed by many other countries such as Australia and would scrap the current lottery system to get into the US.

Trump in his speech at the White House said that this competitive application process will favour applicants who can speak English, financially support themselves and their families, and demonstrate skills that will contribute to our economy.

If this is the case then Indian IT companies may have an edge as many of the applicants from India speak English and have a good educational background with many also having a Masters degree. Many of the Indian applicants are also working at top IT firms and have the ability to support themselves and their families.

This is as the sentiment against foreign workers turned negative in the US after the new administration came into place. Many of the Indian IT companies such as Infosys and Tata Consultancy Services even announced recently that they will hire more US citizens.

Senator Tom Cotton present with President Trump said that they hope the legislation RAISE Act will be re-orienting Green Card system towards people who can speak English, who have high degrees of educational attainment, who have a job that pays more, and a typical job in their local economy, who are going to create a new business, and who are outstanding in their field around the world.

There is currently a 12 year waiting period for Indians applying for permanent residency or a green card in the US, according a study by Pew Research.

While about 36,318 Indians got their permanent residency in the US in 2015, 27,798 Indians were new arrivals and received their green card, said the report.