VG Siddhartha has gone missing in Mangalore. Police have launched a massive operation to trace the popular Cafe Coffee Day owner. Siddharth took a walk on a bridge over a river and told driver to wait ahead. Siddharth never came back. 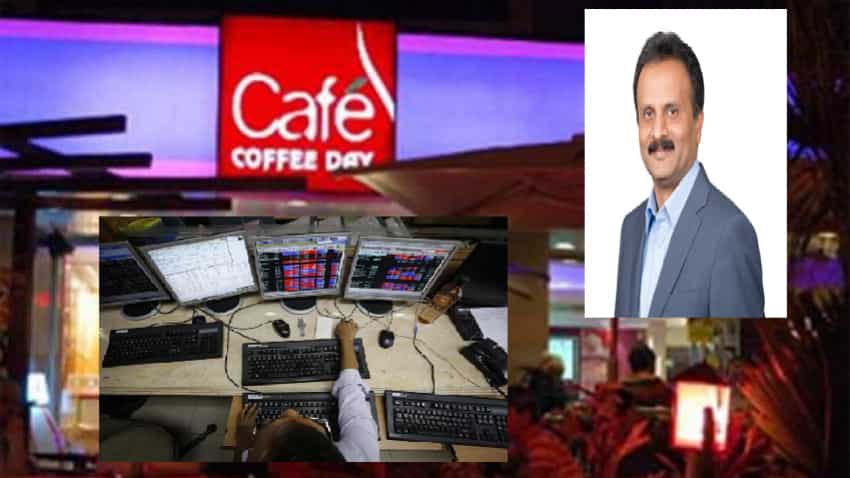 In a very tragic event, VG Siddhartha has gone missing in Mangaluru. Police have launched a massive operation to trace the popular Cafe Coffee Day owner. Siddharth took a walk on a bridge over a river and told driver to wait ahead. Siddharth never came back. When the news of Siddhartha going missing went viral, investors in Tuesday’s trading session sold off CCD shares. The impact in CCD shares were such that, the company even touched an all-time low, hit lower circuit - it witnessed a massive 20% drop in stock price. On Sensex, the share of CCD was trading at Rs 154.05 per piece down by Rs 38.05 or 19.99%. In fact, the quantum of loss is such that CCD shares have now nearly halved in 1 year’s time, and tumbled by nearly 53% on stock exchanges. CCD informed about the news of their owner missing on Tuesday, and stated that the search is ongoing.

What is scaring every investor and CCD employees too is that, allegations are being made about Siddhartha having committed suicide. In fact, police have said this officially. Interestingly, Siddhartha going missing is being attributed to weak financial performance of CCD. The founder and owner of CCD allegedly wrote a letter to employees and board of directors, claiming responsibility of failing to create the right profitable business model despite his best efforts.

In the letter, Siddhartha said, “I would like to say I gave it my all, I am very sorry to let down all the people that put their trust in me. I fought for a long time but today, i gave up as I could not take any more pressure from one of the private equity partners forcing me to buy back shares, a transaction I had partially completed six months ago by borrowing a large sum of money from a friend.”

At present in CCD, Sidhartha holds majority stake. As on June 2019, the Founder holds 36.80% stake in CCD with 7,77,37,206 shares. Generally, a buyback means that a company or shareholder repurchases share in order to reduce the number of shares available on the open market. Among common reasons to why a company buys back shares would be to increase the value of remaining shares by reducing the supply or to prevent other shareholders from getting controlling stake.

Going forward, Siddhartha was also facing tremendous pressure from lenders as well. He said in the letter, “other lenders lead to me succumbing to the situation. There was a lot of harassment from the previous DG income tax in the form of attaching our shares on two separate occasions to block our Mindtree deal and then taking the position of our Coffee Day shares, although the revised returns have been filed by us.” Hence, Siddhartha sadly said, “This is very unfair and has led to a serious liquidity crunch.”

Currently, some 30,000 employees are working in CCD, while another 20,000 in technology company where Siddhartha has been a large shareholder since its founding.

What should you do with CCD shares ahead?

Romesh Tiwari, Head of Research, CapitalAim said, "CCD shares have been hitting 52-week lows for quite some times in the last couple of months. Now the unfortunate event of founder missing and in the light of the alleged letter left by him clearly underlines the crisis in the company. The letter in the media reveals that VG Siddhartha was under tremendous pressure from other lenders. From the information available, CCD is severely affected by the slowdown in the economy and liquidity crunch. We may see the stock to slide further to double digits if the clarity regarding its financials is not declared."

He concluded, "Investors should avoid this stock until the whole situation is out and clear. "

Siddhartha founded Coffee Day back in 1993.