The electronics conglomerate is trying to recover from a $1.3 billion accounting scandal that had unmasked underperforming operations. 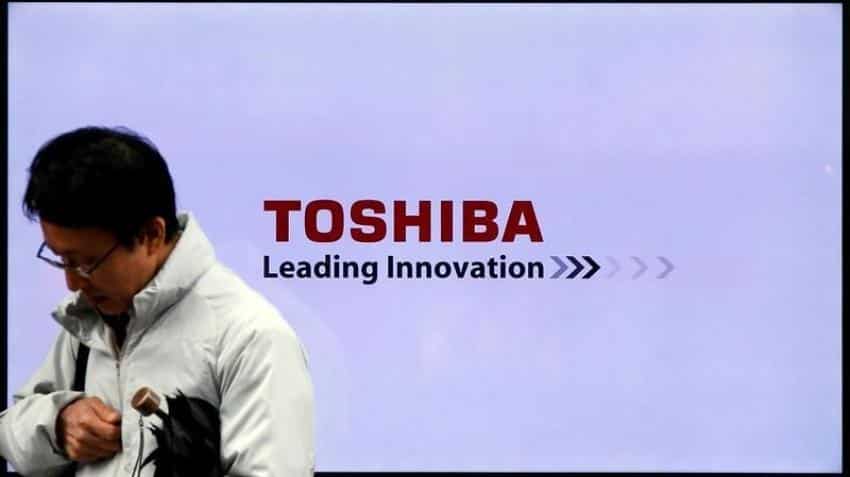 A man walks past Toshiba Corp logo displayed on one of its television sets in Tokyo, Japan. Photo: Reuters

Japan's Toshiba Corp said on Wednesday it expects to post a bigger first-half profit than previously forecast as memory chip prices have climbed on rising demand for smartphones.

The electronics conglomerate is trying to recover from a $1.3 billion accounting scandal that had unmasked underperforming operations.

The company said it now expects an operating profit of 70 billion yen ($696.4 million) for the April-September period, above an average forecast of 58.7 billion yen by five analysts. It had previously forecast a 30 billion yen profit.

A Toshiba spokesman said that the upward revision mainly reflects growing demand from Chinese smartphone makers for its NAND memory chips with larger storage capacity as Chinese makers are upgrading features of their products.

Toshiba said it has also been seeing strong demand for hard disk drives for personal computers and game consoles. Its results have been pushed up as the yen has traded weaker than its 100 yen per dollar assumption. A weaker yen boosts revenue and profits booked overseas when repatriated back home.

The company said it would announce its full-year forecast as soon as possible - it may revise it after considering first-half results and the outlook for foreign exchange and other market conditions in the second half.

In early afternoon trade on Wednesday, shares of Toshiba were up 4% 342 yen.