Toshiba said the net loss was mainly due to a slump in its electric and social infrastructure sector, including nuclear power businesses, as well as extra costs related to its restructuring. 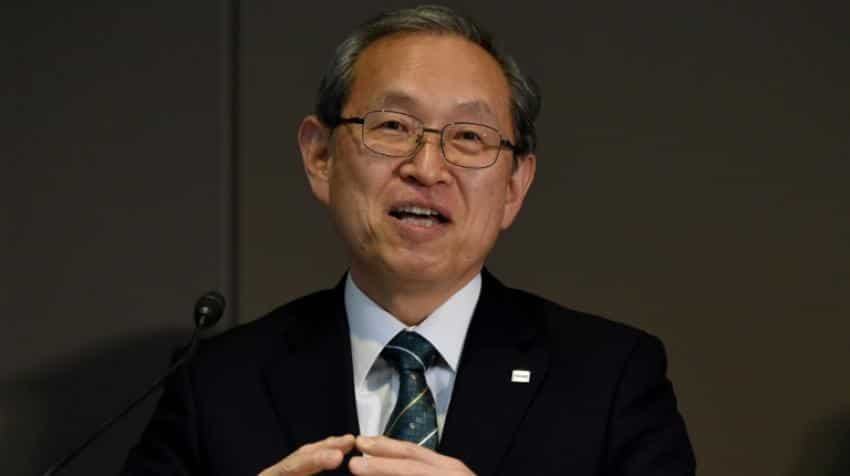 Toshiba said on Thursday that it suffered a $4.4 billion full-year net loss as the troubled conglomerate booked a massive write-down of its US nuclear unit, but said the worst was over as it forecast profits for the current business year.

A once proud pillar of corporate Japan, Toshiba has been besieged by problems, most notably a profit-padding scandal in which bosses for years systematically pushed subordinates to cover-up weak financial results.

In an intensive makeover effort, the company has been shedding businesses and announced in March it sold its medical devices unit to camera and office equipment maker Canon.

Sales decreased 7.3 percent to 5.7 trillion yen for the fiscal year, while it incurred a 719.1 billion yen operating loss, reversing from an operating profit of 188.4 billion yen a year earlier.

Toshiba said the net loss was mainly due to a slump in its electric and social infrastructure sector, including nuclear power businesses, as well as extra costs related to its restructuring.

The company had already announced a write-down of 260 billion yen at its US nuclear unit Westinghouse after a rise in financing costs, but has said that 665.5 billion yen in revenue from the sale of the medical devices unit to Canon outweighed the negative impact.

Toshiba said it would return to the black for the year to March 2017, projecting a net profit of 100 billion yen and operating profit of 120 billion yen, while sales are expected to edge down to 5.1 trillion yen.

It said the expected recovery was based on efforts to concentrate on its profitable businesses, while it forecast its nuclear power and other energy units would improve.

Last week, Toshiba appointed a new president to steer it past the accounting scandal that has hammered its reputation.