Toshiba had raised its earnings estimates for the year ended as it booked a pretax profit of 590 billion yen (approximately Rs 35,497.2 crore) from the sale Canon 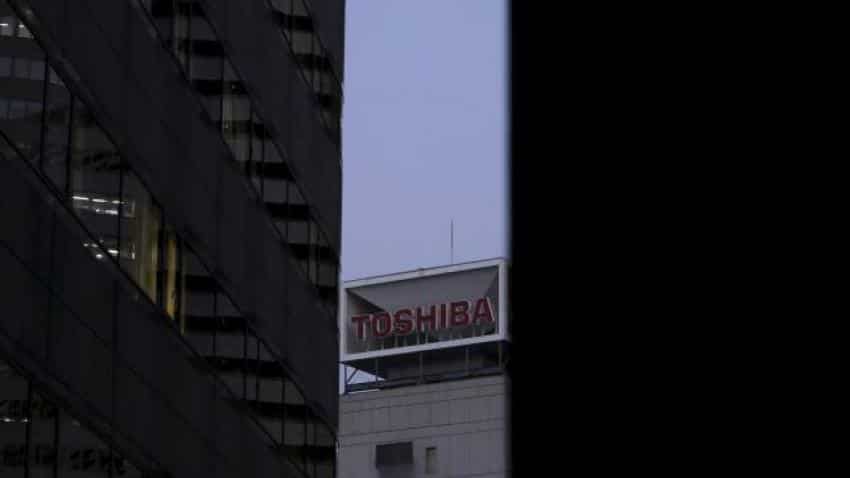 The logo of Toshiba Corp is seen at its headquarters in Tokyo, Japan, November 6, 2015. Photo: Reuters/Yuya Shino
RELATED NEWS

Japan's Toshiba Corp said on Tuesday that it booked an impairment charge of 260 billion yen ($2.34 billion or Rs 15,567.4 crore) for the past fiscal year on the nuclear business, a much-anticipated move to address lingering doubts over its book-keeping.

Toshiba, however, raised its earnings estimates for the year ended in March as it booked a pretax profit of 590 billion yen (approximately Rs 35,497.2 crore) from the sale of a medical equipment division to Canon Inc.

Toshiba has been hit by an accounting scandal. The company in a hurry to raise cash before closing its books for the business year that ended at the end of last month, was able to structure the sale of its medical equipment business to Canon Inc in an unorthodox way so that it could book the 665.5 billion yen ($5.95 billion or Rs 39,583.9 crore) proceeds before the deal had been approved by regulators.

It meant that the storied Japanese conglomerate, which has been struggling following an accounting scandal, can get a fast and badly needed infusion of capital at a time when it is concerned about risks of insolvency and is looking for money to restructure.