Toshiba, whose output is as diverse as consumer electronics and nuclear power reactors, reported profit of 20.1 billion yen ($197 million) for April-June. 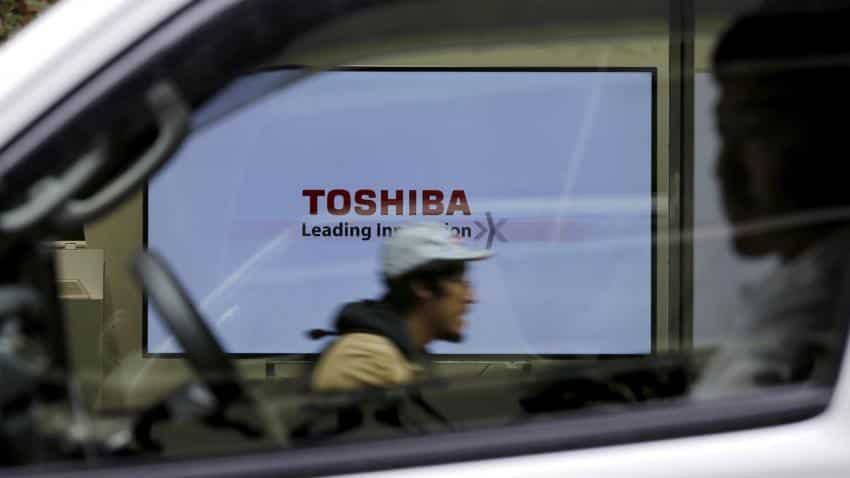 A Toshiba Corp logo displayed on one of its television sets is seen through a vehicle in Tokyo, Japan, November 26, 2015. Photo: Reuters/Toru Hanai
Written By: Reuters
RELATED NEWS

Toshiba, whose output is as diverse as consumer electronics and nuclear power reactors, reported profit of 20.1 billion yen ($197 million) for April-June. That compared with a year-earlier loss of 6.5 billion yen, and missed the Starmine SmartEstimate of a 33.5 billion yen profit based on five analyst estimates.

The conglomerate kept its outlook for the financial year through March at 120 billion yen in profit, a turnaround from the 708.74 billion yen loss in the previous year.

Toshiba emerged as a company focused on chips, nuclear energy and social infrastructure.

CB&I said last month it was suing Westinghouse to protect itself from a potential $2 billion claim from Westinghouse for additional payments related to the October sale.

CB&I in its complaint said Westinghouse used a provision of the purchase agreement to justify its claim.

Westinghouse said it has "fully met, and will continue to fully meet, all of its obligations under the purchase agreement."

If CB&I's claim is upheld, Toshiba may need to book $2 billion in liabilities and consider strengthening its capital base such as by issuing new shares or listing its semiconductor business, analysts said.

Toshiba shares were up 4.4% in afternoon trade, while the benchmark Nikkei index was up 1.1%. Earlier in the day, Toshiba said a report by the Nikkei business daily putting first-quarter profit at 20 billion yen was "close".