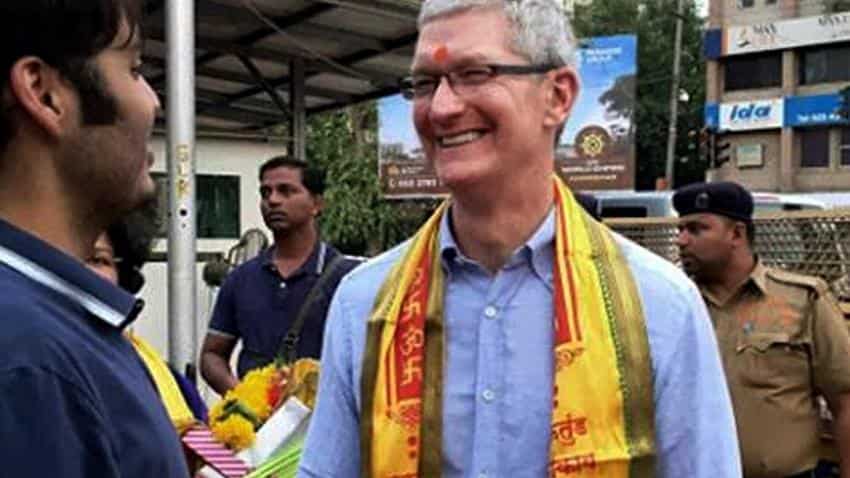 Apple reported a fall in iPhone sales for the second quarter on Tuesday which came as a surprise to everyone they were expecting a growth in sales during the quarter due to the recently launched iPhone 7 and 7 Plus. It seems that the company has not been able to halt the fall of its iPhone sales, as sales of the smartphone in one of its key market China has been declining.

Some report indicate that customers may have held back purchases in anticipation of the 10th-anniversary edition of the company's most important product later this year. Apple sold 50.76 million iPhones in its fiscal second quarter ended April 1, down from 51.19 million a year earlier.

While China is slipping away from the hands of Apple, Tim Cook is pinning his hopes on India to be next growth driver for the company. In a call with analysts on Tuesday he said Apple is strengthening its local presence in the country and is optimistic about its future given the fast-growing economy and improving 4G network infrastructure in the country.

"We set a new March quarter record for India, where revenue grew by strong double digits. We continue to strengthen our local presence across the entire ecosystem, and we're very optimistic about our future in this remarkable country with its very large, young, and tech-savvy population, fast-growing economy, and improving 4G network infrastructure," Cook said.

Cook emphasised that the 4G network investment began rolling in in a significant way toward the last quarter of last year in India, which is the third largest smartphone market in the world today behind China and the US.

"But they are moving fast. They're moving at a speed that I have not seen in any other country in the world once they were started, and it is truly impressive,' he said.

While Cook may be optimistic about its India growth story, there are several hurdles it needs to overcome in order to ramp up sales in the country. Apple in India is estimated to have sold around 2.5 million iPhones between October 2015 and September 2016, according to a Business Standard (BS) report. This is just a fraction of Apple's global iPhone sales.

However, if India is to become a powerhouse of growth for the company, it will need to sell more than 10 million iPhones in a year. In fact, an analyst Simona K Jankowski of Goldman Sachs asked Cook if it was reasonable to assume that Apple would sell 10 million to 20 million iPhones in India next year, keeping in mind the growth and 4G roll-out, to which Cook did not give a clear answer. He said that they a ton of energy going into the country on a number of fronts.

This is as despite the energy put in by Apple into India and their hopes, it is still not sure whether the company can accomplish such a task within the next year or a year after. This is as the company has faced a considerable number of setbacks in many of the special requests it has put forward to the government.

For instance, just a few weeks earlier the government rejected Apple's demand for custom duty concessions for its suppliers who could look at manufacturing in the country. Earlier, Apple had asked for 15 years of Custom duty waiver for it to import components such as iPhone kits and other equipment needed for the smartphone manufacturing into the country, so that it does not incur a high cost.

The government rejecting it could mean that Apple would delay its manufacturing plans in India. This is as manufacturing will not take off until it makes business sense for the company's component suppliers and vendor universe.

Now that the Goods and Service Tax (GST) regime will replace those custom duties, nobody can do anything about tax concessions now, said the BS report quoting a unnamed senior Finance Ministry official.
This would mean another spanner in the wheel for Apple's plans to start manufacturing in India.

It is not only the manufacturing plans of Apple that seem to be in trouble, it also seems that its plans to set up its fully-owned stores may be stalled. But the government has a 30% local sourcing norm as part of the single brand retail for foreign direct investment (FDI) policy has meant that it has to keep it on hold for now.

The BS report quoting an unnamed source said that the company was clear that compliance with the sourcing clause was not feasible.

Earlier, Apple was also looking to push the government to sell refurbished iPhones in India. However, this did not work even with Cook visiting the Prime Minister Narendra Modi last year. The government in fact pushed the company for it to opt for the 'Make in India' initiative.

This leaves very little options for Apple to increase its sales of its iPhones several-fold in India by next year. While Cook remains positive on India, it remains to be seen for how long.